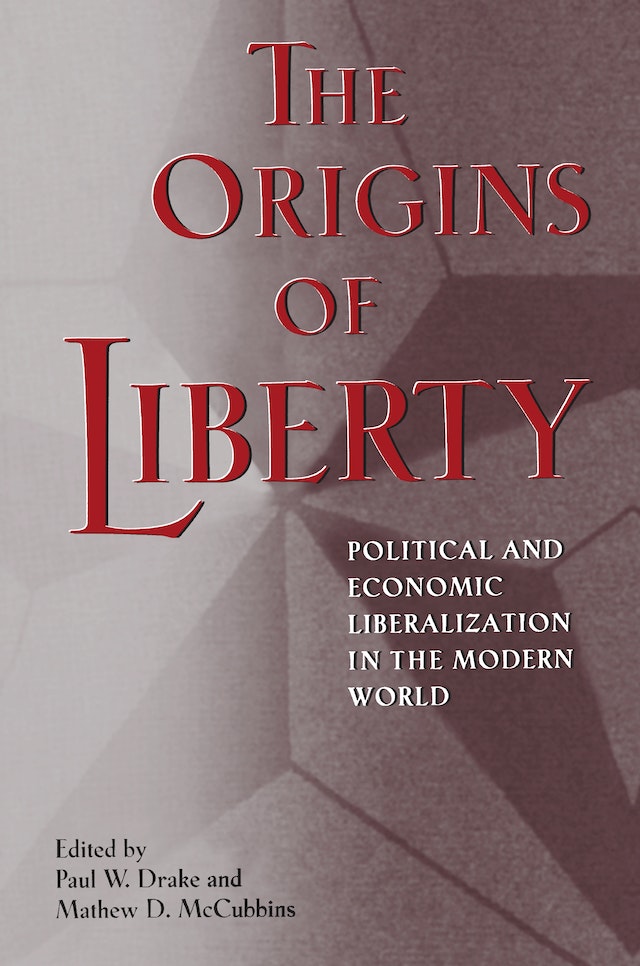 Why would sovereigns ever grant political or economic liberty to their subjects? Under what conditions would rational rulers who possess ultimate authority and who seek to maximize power and wealth ever give up any of that authority? This book draws on a wide array of empirical and theoretical approaches to answer these questions, investigating both why sovereign powers might liberalize and when.


The contributors to this volume argue that liberalization or democratization will only occur when those in power calculate that the expected benefits to them will exceed the costs. More specifically, rulers take five main concerns into account in their cost-benefit analysis as they decide to reinforce or relax controls: personal welfare, personal power, internal order, external order, and control over policy — particularly economic policy. The book shows that repression is a tempting first option for rulers seeking to maximize their benefits, but that liberalization becomes more attractive as a means of minimizing losses when it becomes increasingly certain that the alternatives are chaos, deposition, or even death. Chapters cover topics as diverse as the politics of seventeenth-century England and of twentieth-century Chile; why so many countries have liberalized in recent decades; and why even democratic governments see a need to reduce state power. The book makes use of formal modeling, statistical analysis, and traditional historical analysis.

Paul W. Drake and Mathew D. McCubbins are Professors of Political Science at the University of California, San Diego. Drake is the author of Socialism and Populism in Chile, 1932-52; The Money Doctor in the Andes; and Labor Movements and Dictatorships. McCubbins is coauthor of The Democratic Dilemma (with Arthur Lupia); The Logic of Delegation (with D. Roderick Kiewiet); and Legislative Leviathan (with Gary W. Cox).