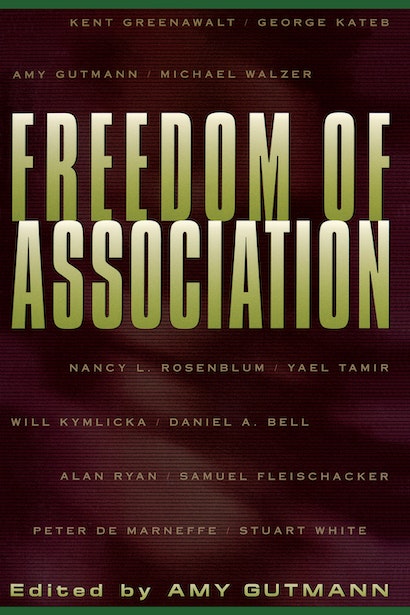 Americans are joiners. They are members of churches, fraternal and sororal orders, sports leagues, community centers, parent-teacher associations, professional associations, residential associations, literary societies, national and international charities, and service organizations of seemingly all sorts. Social scientists are engaged in a lively argument about whether decreasing proportions of Americans over the past several decades have been joining secondary associations, but no one disputes that freedom of association remains a fundamental personal and political value in the United States. “Nothing,” Alexis de Tocqueville argued, “deserves more attention.” Yet the value and limits of free association in the United States have not received the attention they deserve. Why is freedom of association valuable for the lives of individuals? What does it contribute to the life of a liberal democracy? This volume explores the individual and civic values of associational freedom in a liberal democracy, as well as the moral and constitutional limits of claims to associational freedom.

Amy Gutmann is Laurance S. Rockefeller University Professor and founding director of the University Center for Human Values at Princeton University. Her books include Democratic Education and, with Anthony Appiah, Color Conscious: The Political Morality of Race (both books available from Princeton) and, with Dennis Thompson, Democracy and Disagreement.

"Freedom of Association is exemplary in the consistently high quality and thematic continuity of the contributions."—Margaret Kohn, Political Theory

"This collection of essays is the best one-volume introduction to a timely topic: the nature, purposes, moral justifications of (and limitations on) freedom of association in liberal democracies. The contributors link broad philosophical questions to specific practical issues in ways that both philosophers and readers with legal and policy concerns will find illuminating."—William A. Galston, Director, Institute for Philosophy and Public Policy, University of Maryland