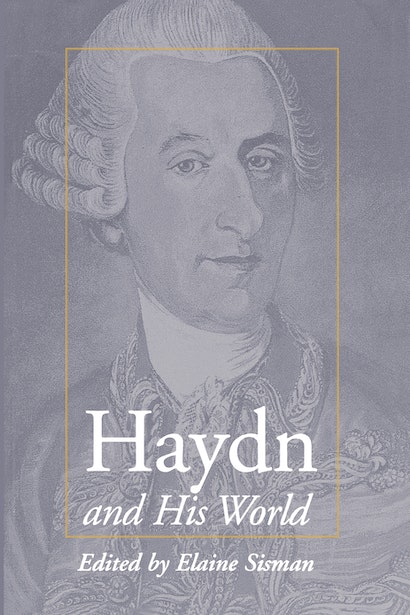 Joseph Haydn’s symphonies and string quartets are staples of the concert repertory, yet many aspects of this founding genius of the Viennese Classical style are only beginning to be explored. From local Kapellmeister to international icon, Haydn achieved success by developing a musical language aimed at both the connoisseurs and amateurs of the emerging musical public. In this volume, the first collection of essays in English devoted to this composer, a group of leading musicologists examines Haydn’s works in relation to the aesthetic and cultural crosscurrents of his time.

Haydn and His World opens with an examination of the contexts of the composer’s late oratorios: James Webster connects the Creation with the sublime — the eighteenth-century term for artistic experience of overwhelming power — and Leon Botstein explores the reception of Haydn’s Seasons in terms of the changing views of programmatic music in the nineteenth century. Essays on Haydn’s instrumental music include Mary Hunter on London chamber music as models of private and public performance, fortepianist Tom Beghin on rhetorical aspects of the Piano Sonata in D Major, XVI:42, Mark Evan Bonds on the real meaning behind contemporary comparisons of symphonies to the Pindaric ode, and Elaine R. Sisman on Haydn’s Shakespeare, Haydn as Shakespeare, and “originality.” Finally, Rebecca Green draws on primary sources to place one of Haydn’s Goldoni operas at the center of the Eszterháza operatic culture of the 1770s.


The book also includes two extensive late-eighteenth-century discussions, translated into English for the first time, of music and musicians in Haydn’s milieu, as well as a fascinating reconstruction of the contents of Haydn’s library, which shows him fully conversant with the intellectual and artistic trends of the era.

Elaine R. Sisman is Professor of Music at Columbia University. She is the author of Haydn and the Classical Variation and Mozart: The "Jupiter" Symphony.

"The articles . . . are linked by recurring themes and concepts, beyond Haydn, which become increasingly refined as they become illuminated from different disciplinary perspectives. . . . highly recommended for anyone interested in eighteenth-century culture."—German Studies Review