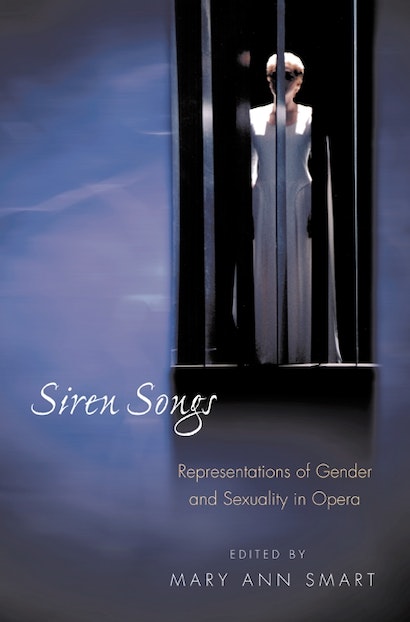 It has long been argued that opera is all about sex. Siren Songs is the first collection of articles devoted to exploring the impact of this sexual obsession, and of the power relations that come with it, on the music, words, and staging of opera. Here a distinguished and diverse group of musicologists, literary critics, and feminist scholars address a wide range of fascinating topics — from Salome’s striptease to hysteria to jazz and gender — in Italian, English, German, and French operas from the eighteenth to the twentieth centuries. The authors combine readings of specific scenes with efforts to situate these musical moments within richly and precisely observed historical contexts. Challenging both formalist categories of musical analysis and the rhetoric that traditionally pits a male composer against the female characters he creates, many of the articles work toward inventing a language for the study of gender and opera.


The collection opens with Mary Ann Smart’s introduction, which provides an engaging reflection on the state of gender topics in operatic criticism and musicology. It then moves on to a foundational essay on the complex relationships between opera and history by the renowned philosopher and novelist Catherine Clément, a pioneer of feminist opera criticism. Other articles examine the evolution of the “trouser role” as it evolved in the lesbian subculture of fin-de-siècle Paris, the phenomenon of opera seria’s “absent mother” as a manifestation of attitudes to the family under absolutism, the invention of a “hystericized voice” in Verdi’s Don Carlos, and a collaborative discussion of the staging problems posed by the gender politics of Mozart’s operas.

Mary Ann Smart is Assistant Professor of Music at the University of California, Berkeley. She is the editor of the critical edition of Donizetti's Dom Sébastien (to appear in L'edizione critica delle opere di Gaetano Donizetti) and, with Roger Parker, of Reading Critics Reading: Criticism of French Opera from the Revolution to 1848. She is also a contributor to The New Grove Dictionary of Music and the Cambridge Companion to Grand Opera (forthcoming).

"Clearly part of the next generation of gender studies in opera, this book will be of interest to scholars and informed amateurs alike."—Library Journal

"This collection will join a select and widely read group of books from the past decade dealing with classical music—and opera in particular—from the perspective of feminist and gender studies, sexuality, subject formation, and related cultural theory. Siren Songs will be a valuable book."—Thomas S. Grey, Stanford University

"Siren Songs is provocative and engaging. As a whole, the collection should become required reading among musicologists, and many of the individual contributions will interest scholars in other fields, as well as the opera-going public."—Ruth Solie, Smith College