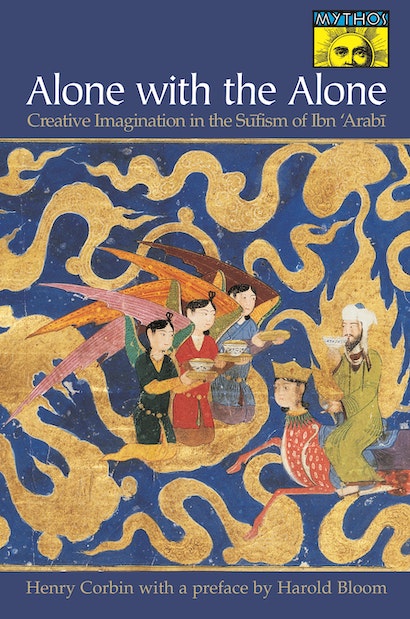 “Henry Corbin’s works are the best guide to the visionary tradition…. Corbin, like Scholem and Jonas, is remembered as a scholar of genius. He was uniquely equipped not only to recover Iranian Sufism for the West, but also to defend the principal Western traditions of esoteric spirituality.” — From the introduction by Harold Bloom


Ibn ‘Arabi (1165-1240) was one of the great mystics of all time. Through the richness of his personal experience and the constructive power of his intellect, he made a unique contribution to Shi’ite Sufism. In this book, which features a powerful new preface by Harold Bloom, Henry Corbin brings us to the very core of this movement with a penetrating analysis of Ibn ‘Arabi’s life and doctrines.


Corbin begins with a kind of spiritual topography of the twelfth century, emphasizing the differences between exoteric and esoteric forms of Islam. He also relates Islamic mysticism to mystical thought in the West. The remainder of the book is devoted to two complementary essays: on “Sympathy and Theosophy” and “Creative Imagination and Creative Prayer.” A section of notes and appendices includes original translations of numerous Su fi treatises.


Harold Bloom’s preface links Sufi mysticism with Shakespeare’s visionary dramas and high tragedies, such as The Tempest and Hamlet. These works, he writes, intermix the empirical world with a transcendent element. Bloom shows us that this Shakespearean cosmos is analogous to Corbin’s “Imaginal Realm” of the Sufis, the place of soul or souls.

Henry Corbin was Professor of Islamic Religion at the Sorbonne and was the leading authority in the West on Iranian-Islamic thought.