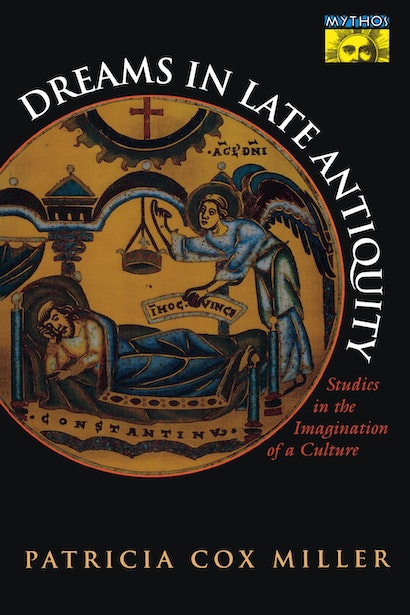 Dream interpretation was a prominent feature of the intellectual and imaginative world of late antiquity, for martyrs and magicians, philosophers and theologians, polytheists and monotheists alike. Finding it difficult to account for the prevalence of dream-divination, modern scholarship has often condemned it as a cultural weakness, a mass lapse into mere superstition. In this book, Patricia Cox Miller draws on pagan, Jewish, and Christian sources and modern semiotic theory to demonstrate the integral importance of dreams in late-antique thought and life. She argues that Graeco-Roman dream literature functioned as a language of signs that formed a personal and cultural pattern of imagination and gave tangible substance to ideas such as time, cosmic history, and the self.


Miller first discusses late-antique theories of dreaming, with emphasis on theological, philosophical, and hermeneutical methods of deciphering dreams as well as the practical uses of dreams, especially in magic and the cult of Asclepius. She then considers the cases of six Graeco-Roman dreamers: Hermas, Perpetua, Aelius Aristides, Jerome, Gregory of Nyssa, and Gregory of Nazianus. Her detailed readings illuminate the ways in which dreams provided solutions to ethical and religious problems, allowed for the reconfiguration of gender and identity, provided occasions for the articulation of ethical ideas, and altogether served as a means of making sense and order of the world.

Patricia Cox Miller is Associate Professor of Religion at Syracuse University. She is the author of Biography in Late Antiquity: A Quest for the Holy Man.

"Patricia Cox Miller should be commended for having cast her net wide. Her book, indeed, represents the first sustained effort to present and analyze the place of dreams in the culture of the Roman Empire, from the second to the fifth centuries.... By studying together pagan and Christian dreams, Cox Miller hopes to reach a better understanding of some fundamental patterns of late antique culture."—Guy G. Stroumsa, The Journal of Religion

"A fluent and discursive text.... This is an adventurous exploration of a range of material which deserves to be more widely known."—Gillian Clark, The Classical Review