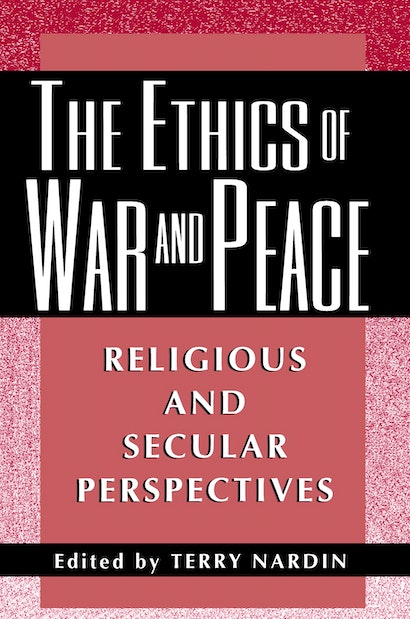 A superb introduction to the ethical aspects of war and peace, this collection of tightly integrated essays explores the reasons for waging war and for fighting with restraint as formulated in a diversity of ethical traditions, religious and secular. Beginning with the classic debate between political realism and natural law, this book seeks to expand the conversation by bringing in the voices of Judaism, Islam, Christian pacifism, and contemporary feminism. In so doing, it addresses a set of questions: How do the adherents to each viewpoint understand the ideas of war and peace? What attitudes toward war and peace are reflected in these understandings? What grounds for war, if any, are recognized within each perspective? What constraints apply to the conduct of war? Can these constraints be set aside in situations of extremity? Each contributor responds to this set of questions on behalf of the ethical perspective he or she is presenting. The concluding chapters compare and contrast the perspectives presented without seeking to adjudicate their differences. Because of its inclusive, objective, comparative, and dialogic approach, the book serves as a valuable resource for scholars, journalists, policymakers, and anyone else who wants to acquire a better understanding of the range of moral viewpoints that shape current discussion of war and peace. In addition to the editor, the contributors are Joseph Boyle, Michael G. Cartwright, Jean Bethke Elshtain, John Finnis, Sohail H. Hashmi, Theodore J. Koontz, David R. Mapel, Jeff McMahan, Richard B. Miller, Aviezer Ravitzky, Bassam Tibi, Sarah Tobias, and Michael Walzer.

Terry Nardin is Professor of Political Science at the University of Wisconsin-Milwaukee. He is the author of Law, Morality, and the Relations of the States (Princeton) and coeditor, with David R. Mapel, of Traditions of International Ethics and International Society: Diverse Ethical Perspectives.

"It is apparent that discussions in the international arena, of justice in general and war in particular, will have to pay increasing attention to a diversity of religious views. With this growing awareness of religion in mind, the appearance of The Ethics of War and Peace is fortuitous."—Shaun Casey, Harvard Divinity Bulletin