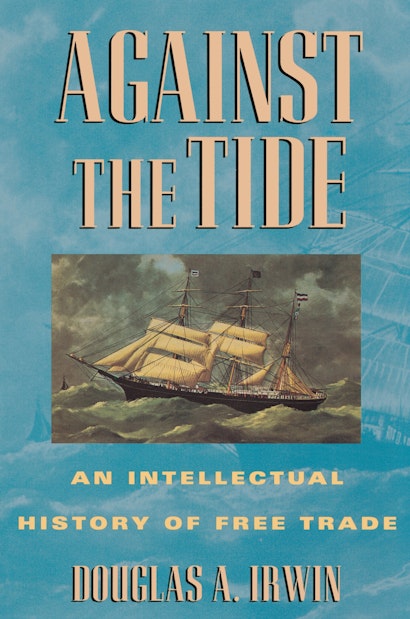 About two hundred years ago, largely as a result of Adam Smith’s Wealth of Nations, free trade achieved an intellectual status unrivaled by any other doctrine in the field of economics. What accounts for the success of free trade against then prevailing mercantilist doctrines? And how well has free trade withstood various theoretical attacks that have challenged it since Adam Smith’s time? In this readable intellectual history, Douglas Irwin explains how the idea of free trade has endured against the tide of the abundant criticisms that have been leveled against it from the ancient world and Adam Smith’s day to the present. An accessible, nontechnical look at one of the most important concepts in the field of economics, Against the Tide will allow the reader to put the ever new guises of protectionist thinking into the context of the past and discover why the idea of free trade has so successfully prevailed over time.


Irwin traces the origins of the free trade doctrine from premercantilist times up to Adam Smith and the classical economists. In lucid and careful terms he shows how Smith’s compelling arguments in favor of free trade overthrew mercantilist views that domestic industries should be protected from import competition. Once a presumption about the economic benefits of free trade was established, various objections to free trade arose in the form of major arguments for protectionism, such as those relating to the terms of trade, infant industries, increasing returns, wage distortions, income distribution, unemployment, and strategic trade policy. Discussing the contentious historical controversies surrounding each of these arguments, Irwin reveals the serious analytical and practical weaknesses of each, and in the process shows why free trade remains among the most durable and robust propositions that economics has to offer for the conduct of economic policy.

Douglas A. Irwin is Professor of Economics at Dartmouth College. He is the editor of Jacob Viner: Essays on the Intellectual History of Economics (Princeton).

"Against the Tide...reviews thinking on free trade from ancient times to the present day. It is encyclopedic in its scope, yet it is very well written and accessible to nonspecialists, fair to the critics of free trade while leaving no doubt that the author finds their argument fatally flawed."—Bruce Bartlett, The Wall Street Journal

"Few economic debates have raised more emotion over the last two centuries than that between the champions of free trade and the advocates of protectionism. Irwin chronicles this controversy in great detail. . . . The debate is still very much alive today—from EEC to NAFTA, to the campaign rhetoric in this year's presidential primaries."—Publishers Weekly

"An entertaining, informative account of the emergence of the concept of free trade ... full of new insights and unexpected delights.... A work that is not only interesting and inspiring but of great practical use."—Paul Krugman, Journal of Economic Literature

"Against the Tide is an impressive intellectual achievement. As the history of an economic idea, it pays less attention to the political and economic setting in which different theories were promoted than to their analytical rigour.... A delightful as well as an educational read. It should be a set text for anyone interested in trade policy."—The Economist

"This is a useful and valuable book that brings together a wide range of historical arguments for and against free trade. It may keep many an analyst of trade policy from the need to reinvent the wheel."—Jerry Z. Muller, Catholic University of America