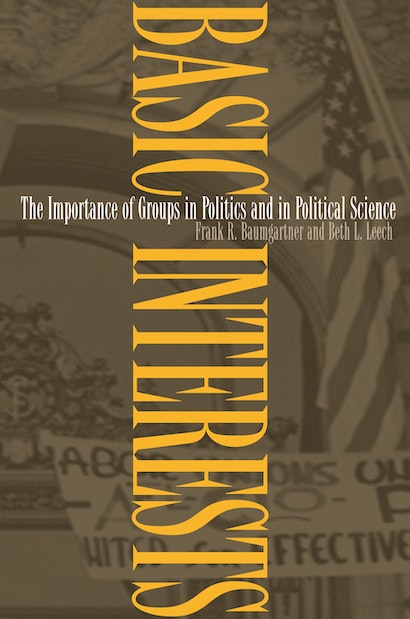 A generation ago, scholars saw interest groups as the single most important element in the American political system. Today, political scientists are more likely to see groups as a marginal influence compared to institutions such as Congress, the presidency, and the judiciary. Frank Baumgartner and Beth Leech show that scholars have veered from one extreme to another not because of changes in the political system, but because of changes in political science. They review hundreds of books and articles about interest groups from the 1940s to today; examine the methodological and conceptual problems that have beset the field; and suggest research strategies to return interest-group studies to a position of greater relevance.


The authors begin by explaining how the group approach to politics became dominant forty years ago in reaction to the constitutional-legal approach that preceded it. They show how it fell into decline in the 1970s as scholars ignored the impact of groups on government to focus on more quantifiable but narrower subjects, such as collective-action dilemmas and the dynamics of recruitment. As a result, despite intense research activity, we still know very little about how groups influence day-to-day governing. Baumgartner and Leech argue that scholars need to develop a more coherent set of research questions, focus on large-scale studies, and pay more attention to the context of group behavior. Their book will give new impetus and direction to a field that has been in the academic wilderness too long.