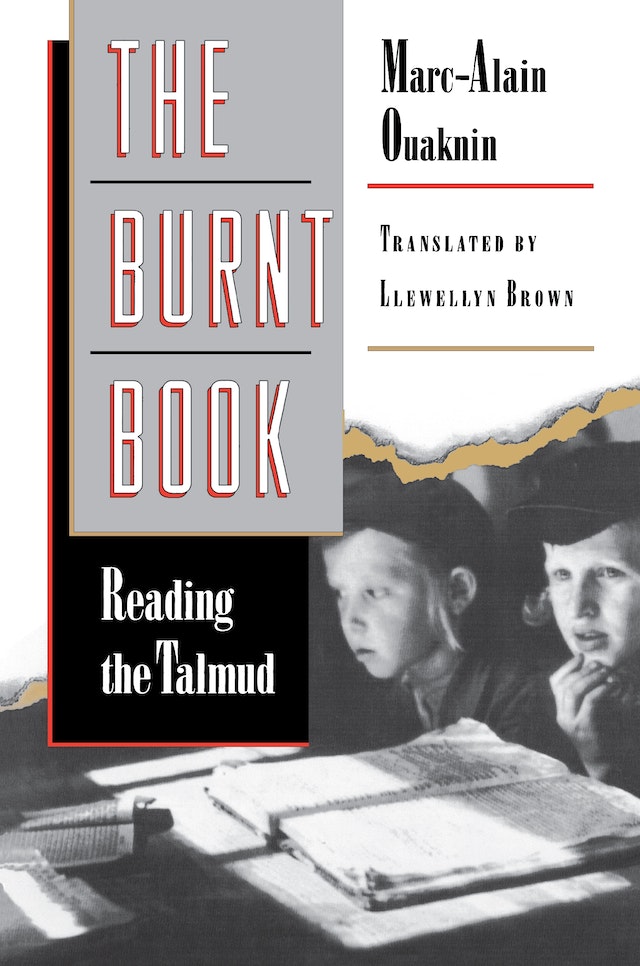 In a profound look at what it means for new generations to read and interpret ancient religious texts, rabbi and philosopher Marc-Alain Ouaknin offers a postmodern reading of the Talmud, one of the first of its kind. Combining traditional learning and contemporary thought, Ouaknin dovetails discussions of spirituality and religious practice with such concepts as deconstruction, intertextuality, undecidability, multiple voicing, and eroticism in the Talmud. On a broader level, he establishes a dialogue between Hebrew tradition and the social sciences, which draws, for example, on the works of Lévinas, Blanchot, and Jabès as well as Derrida. The Burnt Book represents the innovative thinking that has come to be associated with a school of French Jewish studies, headed by Lévinas and dedicated to new readings of traditional texts, which is fast gaining influence in the United States.


The Talmud, transcribed in 500 C.E., is shown to be a text that refrains from dogma and instead encourages the exploration of its meanings. A vast compilation of Jewish oral law, the Talmud also contains rabbinical commentaries that touch on everything from astronomy to household life. Examining its literary methods and internal logic, Ouaknin explains how this text allows readers to transcend its authority in that it invites them to interpret, discuss, and re-create their religious tradition. An in-depth treatment of selected texts from the oral law and commentary goes on to provide a model for secular study of the Talmud in light of contemporary philosophical issues.


Throughout the author emphasizes the self-effacing quality of a text whose worth can be measured by the insights that live on in the minds of its interpreters long after they have closed the book. He points out that the burning of the Talmud in anti-Judaic campaigns throughout history has, in fact, been an unwitting act of complicity with Talmudic philosophy and the practice of self-effacement. Ouaknin concludes his discussion with the story of the Hasidic master Rabbi Nahman of Bratslav, who himself burned his life achievement — a work known by his students as “the Burnt Book.” This story leaves us with the question, should all books be destroyed in order to give birth to thought and renew meaning?

Marc-Alain Ouaknin, an Associate Professor in the Department of Comparative Literature at the University of Bar-Ilan in Israel, is a rabbi and has a doctorate in philosophy. He teaches Talmudic philosophy and directs the Center of Jewish Research and Studies in Paris.

"This remarkable book ... is rich in suggestive ideas, including the proposal that thought has its highest ethical function when it refuses wisdom in favor of 'asking a question that it cannot answer.'"—Peter C. Brown, Canadian Philosophical Reviews

"The gifts Ouaknin offers are many. His use of Kabbalistic thought simultaneously offers profound insight into the nature of the book and illuminates the concepts used.... He offers multiple, useful paths forward in the study of the book, narrative, reading practices, community formation, religious thought, and the Talmud itself."—Journal of Communication

"Praise for the French edition: "Marc-Alain Ouaknin's book is a veritable gift for the heart and mind! . . . [It] contains a radical criticism of the `masters' who `[think] they control their language and the language of others.'""—Robert Maggiori, Libération

"By drawing not only on Derrida, but also on Blanchot, Jabès, Neher, and Levinas, Marc-Alain Ouaknin has broadened the concepts and themes for viewing the relation of literary theory with Jewish thought. Moreover, his readings of Talmudic texts are rich and exciting, going beyond much of the best work in this field."—Robert Gibbs, Princeton University