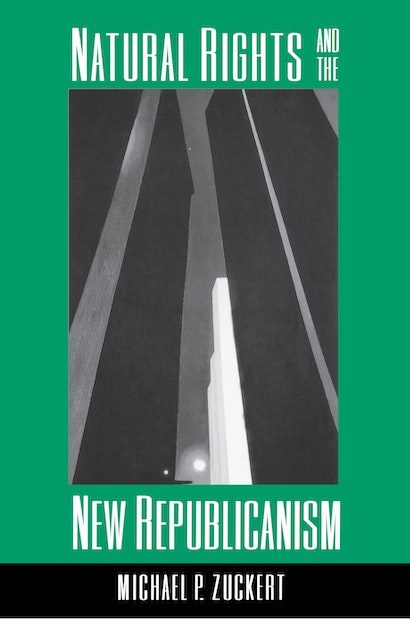 In Natural Rights and the New Republicanism, Michael Zuckert proposes a new view of the political philosophy that lay behind the founding of the United States. In a book that will interest political scientists, historians, and philosophers, Zuckert looks at the Whig or opposition tradition as it developed in England. He argues that there were, in fact, three opposition traditions: Protestant, Grotian, and Lockean. Before the English Civil War the opposition was inspired by the effort to find the “one true Protestant politics — an effort that was seen to be a failure by the end of the Interregnum period. The Restoration saw the emergence of the Whigs, who sought a way to ground politics free from the sectarian theological-scriptural conflicts of the previous period.


The Whigs were particularly influenced by the Dutch natural law philosopher Hugo Grotius. However, as Zuckert shows, by the mid-eighteenth century John Locke had replaced Grotius as the philosopher of the Whigs. Zuckert’s analysis concludes with a penetrating examination of John Trenchard and Thomas Gordon, the English “Cato,” who, he argues, brought together Lockean political philosophy and pre-existing Whig political science into a new and powerful synthesis. Although it has been misleadingly presented as a separate “classical republican” tradition in recent scholarly discussions, it is this “new republicanism” that served as the philosophical point of departure for the founders of the American republic.

Michael P. Zuckert is Congdon Professor of Political Science at Carleton College. He is the author of The National Rights Republic: Studies on the Foundations of the American Political Tradition.

"This exemplary work of historical reconstruction dramatically transforms our understanding of the genealogy of early American political thought. No one who deals with the eighteenth-century Anglo-American political tradition will be able to avoid the unsettling challenge of Zuckert's original and painstakingly documented reinterpretation, for this is one of those rare scholarly achievements, at once capacious and meticulous, that forces all of us back to the drawing boards."—Thomas L. Pangle, William and Mary Quarterly

"This is a work of careful scholarship and vast erudition.... By illustrating how Lockean and republican ideas came to be blended, Zuckert forcefully recounts the origins of the American republic."—Richard Vernier, The Journal of American History

"Zuckert has written a very fine book. It makes sense—and good sense—out of the political thought of Locke's predecessors and establishes both the distinctiveness of Whig thought and the radicalism of Locke's departure from it."—Wilson Carey McWilliams, Rutgers University