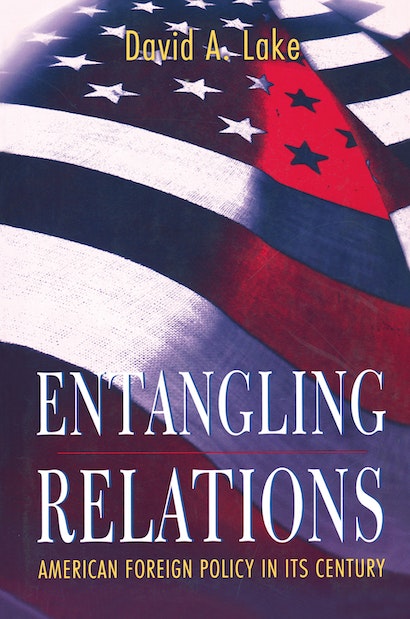 Throughout what publisher Henry Luce dubbed the “American century,” the United States has wrestled with two central questions. Should it pursue its security unilaterally or in cooperation with others? If the latter, how can its interests be best protected against opportunism by untrustworthy partners? In a major attempt to explain security relations from an institutionalist approach, David A. Lake shows how the answers to these questions have differed after World War I, during the Cold War, and today. In the debate over whether to join the League of Nations, the United States reaffirmed its historic policy of unilateralism. After World War II, however, it broke decisively with tradition and embraced a new policy of cooperation with partners in Europe and Asia. Today, the United States is pursuing a new strategy of cooperation, forming ad hoc coalitions and evincing an unprecedented willingness to shape but then work within the prevailing international consensus on the appropriate goals and means of foreign policy.


In interpreting these three defining moments of American foreign policy, Lake draws on theories of relational contracting and poses a general theory of security relationships. He arrays the variety of possible security relationships on a continuum from anarchy to hierarchy, and explains actual relations as a function of three key variables: the benefits from pooling security resources and efforts with others, the expected costs of opportunistic behavior by partners, and governance costs. Lake systematically applies this theory to each of the “defining moments” of twentieth-century American foreign policy and develops its broader implications for the study of international relations.

David A. Lake is Professor of Political Science at the University of California, San Diego, and coeditor of the journal International Organization. He has published widely in the field of international relations and has, most recently, coedited The International Spread of Ethnic Conflict: Fear, Diffusion, and Escalation and Strategic Choice and International Relations, both available from Princeton University Press.

"An innovative approach to understanding how and why polities choose to structure their relations with one another. . . . Lake has some interesting ideas, which he presents clearly and intelligently."—Choice

"David Lake works masterfully at the intersection of highly revealing political science theories and recent important findings in the history of U.S. foreign relations. Lake opens fresh, instructive perspectives on the so-called American Century—not least by finally destroying (one hopes once and for all), the myth of American isolationism, and demonstrating how the battle over U.S. foreign policy has been, and continues to be, between whose who wish to deal with the world unilaterally and those he rightly calls internationalist."—Walter LaFeber, Cornell University

"This is the most ambitious, most successful attempt yet to bring under a single, conceptual framework the strategic choices available to a state seeking to enhance its security: empire, alliance, and unilateralism. This is a major contribution to the field of international politics."—Jack Snyder, Columbia University

"Entangling Relations raises an important question-what accounts for the variation in the institutional structure of security relationships?-and helps us begin to think about this problem more clearly by drawing on work in relational contracting and organizational theory in economics."—Robert Powell, UC-Berkeley