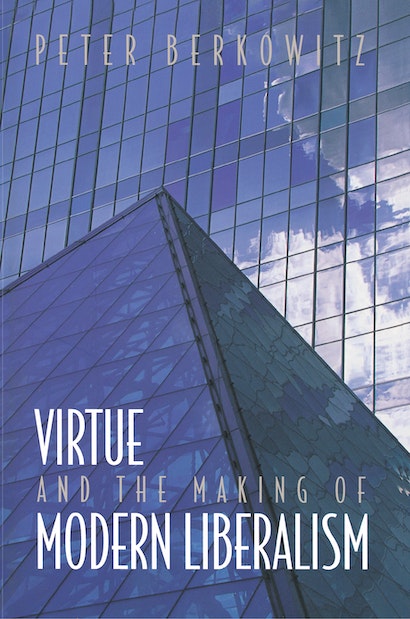 Virtue has been rediscovered in the United States as a subject of public debate and of philosophical inquiry. Politicians from both parties, leading intellectuals, and concerned citizens from diverse backgrounds are addressing questions about the content of our character. William Bennett’s moral guide for children, A Book of Virtues, was a national bestseller. Yet many continue to associate virtue with a prudish, Victorian morality or with crude attempts by government to legislate morals. Peter Berkowitz clarifies the fundamental issues, arguing that a certain ambivalence toward virtue reflects the liberal spirit at its best. Drawing on recent scholarship as well as classical political philosophy, he makes his case with penetrating analyses of four central figures in the making of modern liberalism: Hobbes, Locke, Kant, and Mill.


These thinkers are usually understood to have neglected or disparaged virtue. Yet Berkowitz shows that they all believed that government resting on the fundamental premise of liberalism — the natural freedom and equality of all human beings — could not work unless citizens and officeholders possess particular qualities of mind and character. These virtues, which include reflective judgment, sympathetic imagination, self-restraint, the ability to cooperate, and toleration do not arise spontaneously but must be cultivated. Berkowitz explores the various strategies the thinkers employ as they seek to give virtue its due while respecting individual liberty. Liberals, he argues, must combine energy and forbearance, finding public and private ways to support such nongovernmental institutions as the family and voluntary associations. For these institutions, the liberal tradition powerfully suggests, play an indispensable role not only in forming the virtues on which liberal democracy depends but in overcoming the vices that it tends to engender.


Clearly written and vigorously argued, this is a provocative work of political theory that speaks directly to complex issues at the heart of contemporary philosophy and public discussion.


New Forum Books makes available to general readers outstanding, original, interdisciplinary scholarship with a special focus on the juncture of culture, law, and politics. New Forum Books is guided by the conviction that law and politics not only reflect culture, but help to shape it. Authors include leading political scientists, sociologists, legal scholars, philosophers, theologians, historians, and economists writing for nonspecialist readers and scholars across a range of fields. Looking at questions such as political equality, the concept of rights, the problem of virtue in liberal politics, crime and punishment, population, poverty, economic development, and the international legal and political order, New Forum Books seeks to explain — not explain away — the difficult issues we face today.

Peter Berkowitz is Associate Professor of Government at Harvard University. He is the author of Nietzsche: The Ethics of an Immoralist and is a regular contributor to The New Republic.

"'Whither liberalism?' The question is so shopworn that one is inclined to feel grateful to anyone for asking instead: 'Whence?' Knowing where we came from may not tell us where we are going, but it at least points us in the right direction. Peter Berkowitz has now done us this timely service with Virtue and the Making of Modern Liberalism."—Bret Louis Stephens, Wall Street Journal

"In elegantly written studies of Hobbes, Kant, Locke, and Mill, Berkowitz finds that the fathers of modern liberalism, not unsurprisingly, believed that the virtues are necessary even in a liberal regime."—First Things

"Berkowitz has a talent for careful reading of works of political theory, acute analysis, and clear formulation. All of these make this book a pleasure to read: it is the best written book on political theory I have read in some time."—Jerry Muller, The Catholic University of America

"This is an engaging, readable, and persuasive study. Berkowitz conveys a fresh sense of early liberalism that will stimulate reflection even among scholars who have long studied it, as well as among more general readers."—Rogers M. Smith, Yale University

"Virtue and the Making of Modern Liberalism offers both a penetrating analysis of the debate over virtue within modern liberal theory and practice and a careful account of the role of virtue in the classical liberal tradition. . . . This fairminded book advances our understanding of an important topic and deserves a wide audience."—William A. Galston, University of Maryland