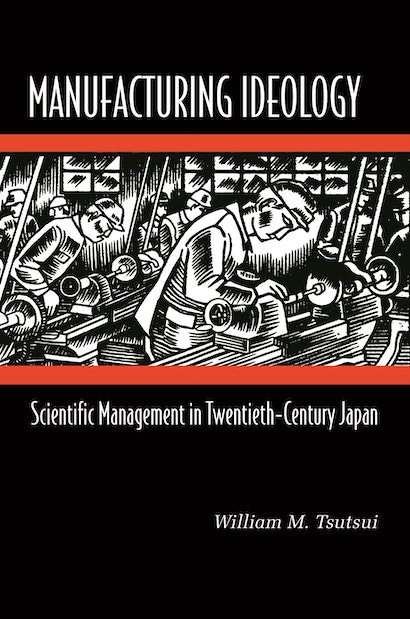 Japanese industry is the envy of the world for its efficient and humane management practices. Yet, as William Tsutsui argues, the origins and implications of “Japanese-style management” are poorly understood. Contrary to widespread belief, Japan’s acclaimed strategies are not particularly novel or even especially Japanese.


Tsutsui traces the roots of these practices to Scientific Management, or Taylorism, an American concept that arrived in Japan at the turn of the century. During subsequent decades, this imported model was embraced — and ultimately transformed — in Japan’s industrial workshops. Imitation gave rise to innovation as Japanese managers sought a “revised” Taylorism that combined mechanistic efficiency with respect for the humanity of labor.


Tsutsui’s groundbreaking study charts Taylorism’s Japanese incarnation, from the “efficiency movement” of the 1920s, through Depression-era “rationalization” and wartime mobilization, up to postwar “productivity” drives and quality-control campaigns. Taylorism became more than a management tool; its spread beyond the factory was a potent intellectual template in debates over economic growth, social policy, and political authority in modern Japan.


Tsutsui’s historical and comparative perspectives reveal the centrality of Japanese Taylorism to ongoing discussions of Japan’s government-industry relations and the evolution of Fordist mass production. He compels us to rethink what implications Japanese-style management has for Western industries, as well as the future of Japan itself.

William M. Tsutsui is Assistant Professor of History at the University of Kansas. He is the author of Banking Policy in Japan: American Efforts at Reform During the Occupation.

"William Tsutsui has produced a brilliant study of the ideology of Japanese industrial management. . . . The clear analysis and informative, and at times witty, presentation make the subject accessible to anyone who wants to understand the process of the adoption and diffusion of Taylorism, or Scientific Management, in twentieth-century Japan."—Monumenta Nipponica

"This extremely interesting and important study of the dissemination and development of Taylorism in Japan begins with its introduction in 1911 and concludes with a discussion of the quality control movement of the 1960s and 1970s. . . . The book is well written, well researched, and well argued. It draws on numerous original Japanese sources. . . . Recommended."—Choice