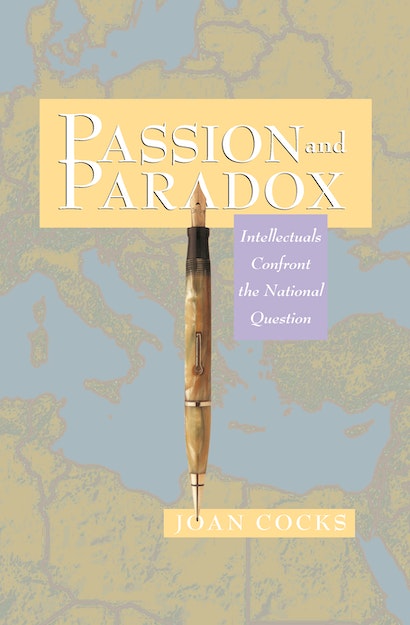 From Kosovo to Québec, Ireland to East Timor, nationalism has been a recurrent topic of intense debate. It has been condemned as a source of hatred and war, yet embraced for stimulating community feeling and collective freedom. Joan Cocks explores the power, danger, and allure of nationalism by examining its place in the thought of eight politically engaged intellectuals of the nineteenth and twentieth centuries: the antagonist of capital, Karl Marx; the critics of imperialism Rosa Luxemburg, Hannah Arendt, and Frantz Fanon; the liberal pluralist Isaiah Berlin; the neonationalist Tom Nairn, and the post-colonial writers, V. S. Naipaul and Edward Said. Cocks not only sheds new light on the complexities of nationalism but also reveals the tensions that have inspired and troubled intellectuals who have sought to lead lives between detached criticism and political passion.


In lively, conversational prose, Cocks assesses their treatment of questions such as the mythology of national identity, the right to national self-determination, and the morality of nationalist violence. While ultimately critical of nationalism, she engages sympathetically even with its defenders. By illuminating the links that distinguished minds have drawn between thought and action on nationalism in politics, this stimulating work provides a rich foundation from which we ourselves might think or act more wisely when confronting a phenomenon that, in fundamental and perplexing ways, has shaped our world.

Joan Cocks is Professor of Politics and Chair of the Program in Critical Social Thought at Mount Holyoke College. She is the author of The Oppositional Imagination: Feminism, Critique, and Political Theory.

"The nuance, complexity, and clarity of this volume are refreshing."—Choice

"This book is much more than a compilation of essays—it is a systematic and thought-provoking work of political philosophy on a continually pressing set of issues."—Philip Spencer, Political Studies Review

"Is it possible to foster enough unity to cope with pressing social issues without succumbing to the exclusions of nationalism? Do those who criticize the ugliness of nationalism too often fail to compensate in other ways for the loss of its positive virtues? Joan Cocks pursues such questions in a sensitive way, putting herself into the hearts and souls of engaged intellectuals who have found themselves plagued by them. This is not only a timely and provocative book, it is written in the limpid prose we have come to expect from Cocks."—William E. Connolly, author of Neuropolitics: Thinking, Culture, Speed

"Cocks is admirably well-read, writes engagingly, and goes at intellectual problems with a real passion. Nationalism is a hot topic, and Joan Cocks opens up interesting dimensions of theoretical reflection on this essential aspect of contemporary politics."—Ronald Beiner, University of Toronto

"Joan Cocks has written a gloriously old-fashioned book of political philosophy and intellectual history. There is nothing like it in a field that's replete with philosophical writings. From the beginning, it is clear that we are in the company of an accomplished and confident writer, a late-at-night quill-driver comfortable with presenting her political feelings for all to see. I constantly learned things, but more than that I enjoyed getting inside the mind of a thinker whose sensibility of engaged writing is refreshingly synthetic in a world of jostling excesses."—Paul James, Monash University, Australia