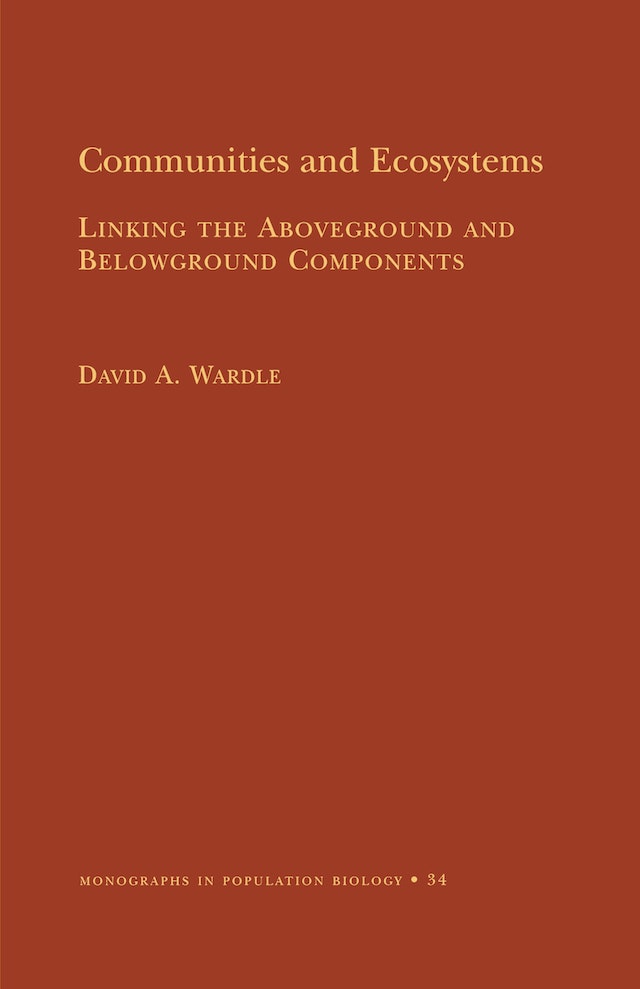 
David Wardle integrates a vast body of literature from numerous fields — including population ecology, ecosystem ecology, ecophysiology, ecological theory, soil science, and global-change biology — to explain the key conceptual issues relating to how aboveground and belowground communities affect one another and the processes that each component carries out. He then applies these concepts to a host of critical questions, including the regulation and function of biodiversity as well as the consequences of human-induced global change in the form of biological invasions, extinctions, atmospheric carbon-dioxide enrichment, nitrogen deposition, land-use change, and global warming.


Through ambitious theoretical synthesis and a tremendous range of examples, Wardle shows that the key biotic drivers of community and ecosystem properties involve linkages between aboveground and belowground food webs, biotic interaction, the spatial and temporal dynamics of component organisms, and, ultimately, the ecophysiological traits of those organisms that emerge as ecological drivers. His conclusions will propel theoretical and empirical work throughout ecology.

David A. Wardle is Professor of Soil and Plant Ecology at the University of Sheffield and has published widely on biotic interactions, biodiversity, and soil biology.

"After a long phase of specialization and splinter, ecologists are again converging on the ecosystem. In this book, David Wardle shows that he is qualified by experience and instinct to play a leading role in this exciting quest."—J. P. Grime, University of Sheffield

"Over much of the twentieth century, there has been a disconnect between studies of above-ground and below-ground organisms at both the community and ecosystem levels. Many of the below-ground studies proceeded in relative isolation or were treated by ecologists at a 'black box' level. David Wardle's new book is truly a quantum leap forward in uniting studies of terrestrial ecosystems. It explains the concepts and mechanisms of community and ecosystem processes within the framework of a masterful review and synthesis of the world literature—leading us toward an ecological 'unified field theory' (pun intended)."—David C. Coleman, University of Georgia

"This book is a benchmark and bellwether for a large volume of science that is being and will be conducted in this decade. It will be of value to both those scientists with casual interests in the topic and to the experts, because it provides short summaries and syntheses of findings as well as an in-depth analysis of available data."—Timothy Seastedt, University of Colorado