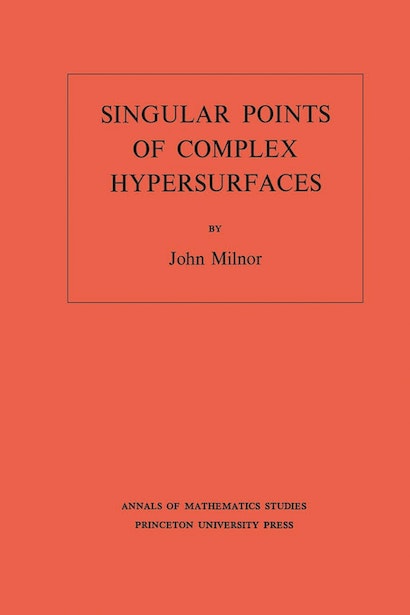 One of the greatest mathematicians of the twentieth century, John Milnor has made fundamental discoveries in diverse areas of mathematics, from topology and dynamical systems to algebraic K-theory. He is renowned as a master of mathematical exposition and his many books have become standard references in the field. Singular Points of Complex Hypersurfaces provides an incisive and authoritative study of the local behavior of a complex hypersurface V in Euclidean space at a singularity Z0.

John Milnor is professor of mathematics and codirector of the Institute for Mathematical Sciences at Stony Brook University, State University of New York. Winner of the Fields Medal, he is the author of several books, including Lectures on the H-Cobordism Theorem (Princeton).