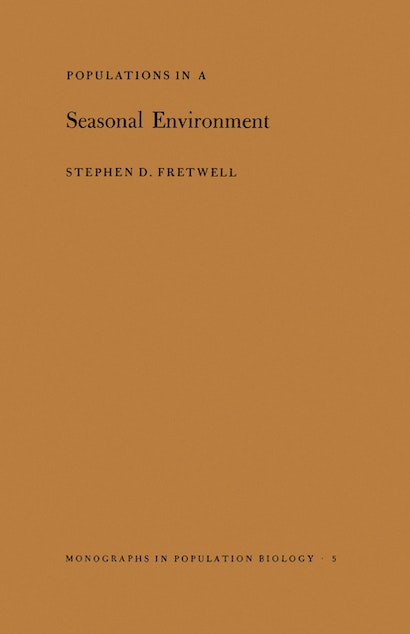 Most organisms live in a seasonal environment. During their life cycles, some species face seasons of cold and heat, aridity and abundant rainfall, migration and stable residence, breeding and nonbreeding. Populations grow and decline as supplies of materials essential to their survival wax and wane. Such qualitative truths as these flow obviously from field observations.


In this original monograph, Stephen Fretwell analyzes the highly complex interaction between a population and a regularly varying environment in an attempt to define and measure seasonality as a critical parameter in the general theory of population regulation. Concerned primarily with the size and the habitat distribution of populations, Professor Fretwell develops simple models that, when applied to specific populations, usually of birds, demonstrate the effect of seasonal variations on the regulation of populations. He maintains that seasonality, as a concept, is essential to a full understanding of environmental interaction. During the course of his exposition, the author offers several new hypotheses, including theories affecting the breeding, numbers, distribution, and diversity of wintering birds, and a theory affecting the body size of sparrows.

Stephen Fretwell is a member of the Division of Biology, Kansas State University.