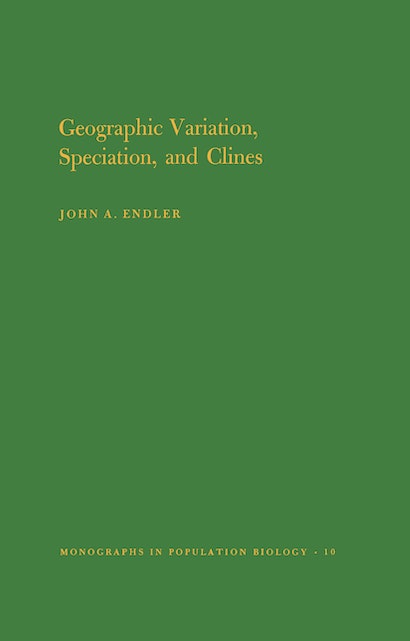 Geographic Variation, Speciation and Clines explores the origins and development of geographic variation, divergence, and speciation. In particular it is concerned with genetic divergence as it is usually found on continents, among groups of populations isolated only by distance. Although earlier writers on this topic considered the effects of geography and dispersal, intense geographic differentiation and speciation were thought to require complete isolation. Professor Endler shows how geographic differentiation and speciation may develop in spite of continuous gene flow.


Following a review of the diverse and scattered literature on gene flow and population differentiation, the author discusses the relationships among gene flow, dispersal, and migration. He then summarizes the factors which limit the geographic extent of gene flow, and those which allow steep clines to develop in the absence of barriers to gene flow. His analysis draws on examples from the field, experiments, and single- and multiple-locus models.


The mechanism and conditions for parapatric speciation are presented: steepening clines, development into hybrid zones, and the evolution of sexual isolation. In the final chapter the author considers the interpretation of natural clines and the associated geographic patterns of subspecies and species.