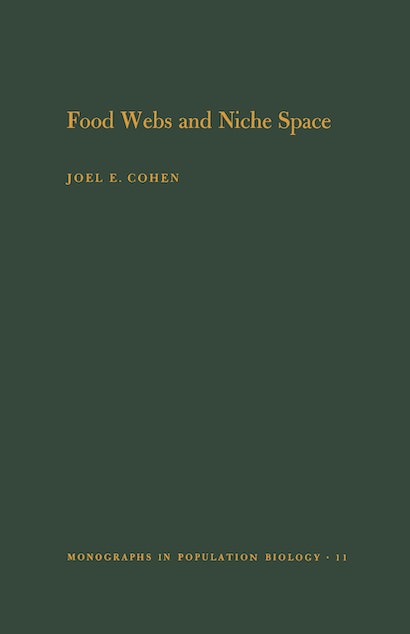 What is the minimum dimension of a niche space necessary to represent the overlaps among observed niches? This book presents a new technique for obtaining a partial answer to this elementary question about niche space. The author bases his technique on a relation between the combinatorial structure of food webs and the mathematical theory of interval graphs.


Professor Cohen collects more than thirty food webs from the ecological literature and analyzes their statistical and combinatorial properties in detail. As a result, he is able to generalize: within habitats of a certain limited physical and temporal heterogeneity, the overlaps among niches, along their trophic (feeding) dimensions, can be represented in a one-dimensional niche space far more often than would be expected by chance alone and perhaps always. This compatibility has not previously been noticed. It indicates that real food webs fall in a small subset of the mathematically possible food webs.