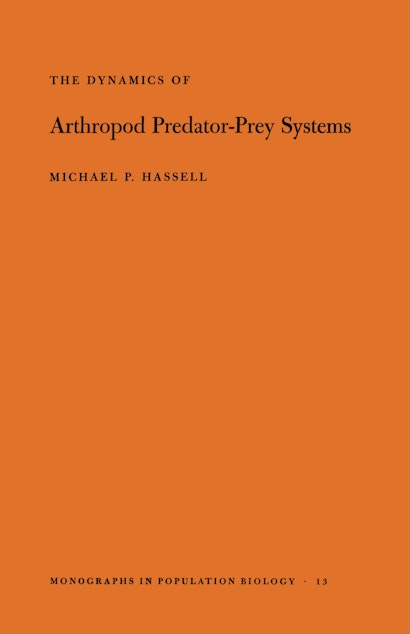 In this study of arthropod predador-prey systems Michael Hassell shows how many of the components of predation may be simply modeled in order to reveal their effects on the overall dynamics of the interacting populations. Arthropods, particularly insects, make ideal subjects for such a study because their generation times are characteristically short and many have relatively discrete generations, inviting the use of difference equation models to describe population changes. Using analytical models framed in difference equations, Dr. Hassell is able to show how the detailed biological processes of insect predator-prey (including host-parasitoid) interactions may be understood.


Emphasizing the development and subsequent stability analysis of general models, the author considers in detail several crucial components of predator-prey models: the prey’s rate of increase as a function of density, non-random search, mutual interference, and the predator’s rate of increase as a function of predator survival and fecundity. Drawing on the correspondence between the models and field and laboratory data, Dr. Hassell then discusses the practical implications for biological pest control and suggests how such models may help to formulate a theoretical basis for biological control practices.