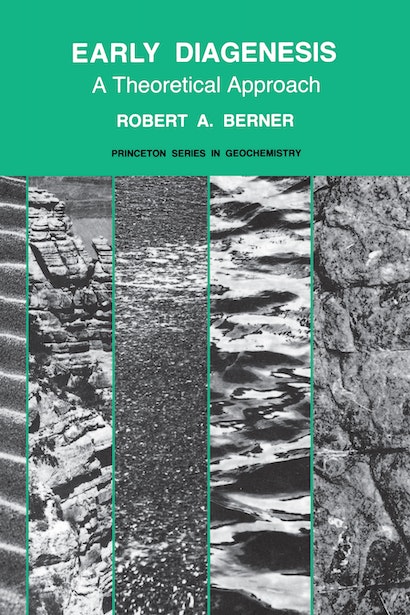 Diagenesis refers to changes taking place in sediments after deposition. In a theoretical treatment of early diagenesis, Robert Berner shows how a rigorous development of the mathematical modeling of diagenetic processes can be useful to the understanding and interpretation of both experimental and field observations. His book is unique in that the models are based on quantitative rate expressions, in contrast to the qualitative descriptions that have dominated the field.

In the opening chapters, the author develops the mathematical theory of early diagenesis, introducing a general diagenetic equation and discussing it in terms of each major diagenetic process. Included are the derivations of basic rate equations for diffusion, compaction, pore-water flow, burial advection, bioturbation, adsorption, radioactive decay, and especially chemical and biochemical reactions. Drawing on examples from the recent literature on continental-margin, pelagic, and non-marine sediments, he then illustrates the power of these diagenetic models in the study of such deposits.

The book is intended not only for earth scientists studying sediments and sedimentary rocks, but also for researchers in fields such as radioactive waste disposal, petroleum and economic geology, environmental pollution, and sea-floor engineering.

"'Diagenesis' refers to the sum total of processes that produce changes—mineralogical, chemical, and physical—in sediments from the time of the deposition on. . . . [Berner's] treatment of the subject is generally clear, and the material is well organized, up to date, and sufficiently illustrated by means of graphs and occasional sketches."—Science