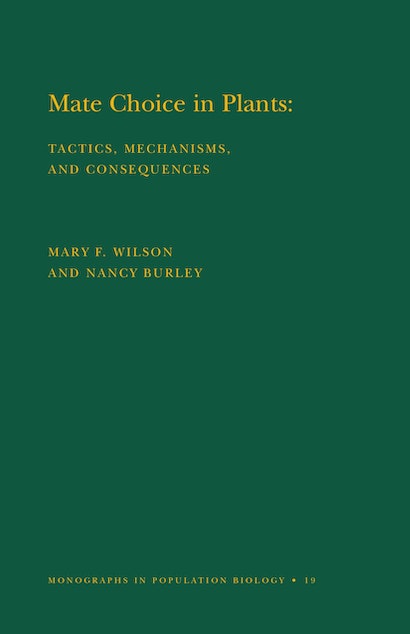 This book maintains that higher plants manifest some degree of sexual selection, and it begins to build a framework that unifies many features of plant reproduction previously considered unrelated. Reviewing evidence for sexual selection in plants, the authors discuss possible male-female interactions, concluding with an extensive set of hypotheses for testing.


Mechanisms that could be employed in sexual selection in plants include various cellular mechanisms, such as both nuclear and cytoplasmic genetics, B chromosomes, and paternal contributions to the zygote, as well as abortion, double fertilization, delayed fertilization, and certain forms of polyembryony. This study compares the consequences of these processes for the evolution of mate choice in “gymnosperms” and angiosperms.

"Mate Choice in Plants calls attention to the possibility of new insights arising from application to plants of ideas originally formulated as explanations of animal behavior, and it does so far more thoroughly than any previous publication."—George C. Williams, State University of New York at Stony Brook