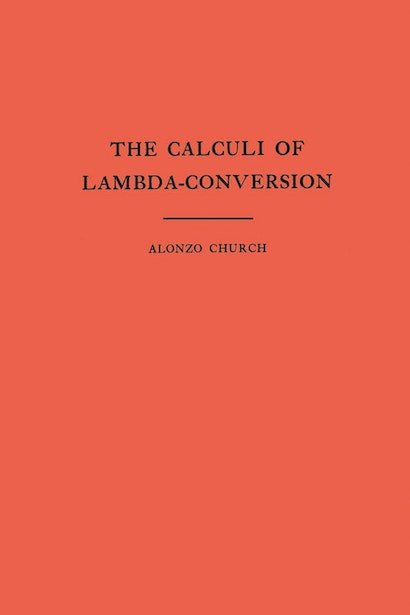 This book provides a concise introduction to the calculi of lambda-conversion first discovered by Alonzo Church and developed by him in collaboration with his students, S. C. Kleene and J. B. Rosser. The first four chapters present the calculus of lambda-conversion in detail, with subsequent chapters discussing the calculus of λ-K-conversion, the calculus of restricted λ-K-conversion, and the calculus of λ-δ-conversion, as well as the applications of the latter to symbolic logic. Gödel numbers are presented using simplified notation, and the fundamental Church-Rosser consistency theorem is discussed in full. This influential book is one that attracted the interest of Alan Turing—who later completed his PhD under Church’s supervision—and is widely credited with helping to usher in the modern age of computer science.

Alonzo Church (1903–1995) was a renowned mathematician, logician, and philosopher. Together with his student Alan Turing, he is considered one of the founders of computer science. He is the author of Introduction to Mathematical Logic (Princeton).