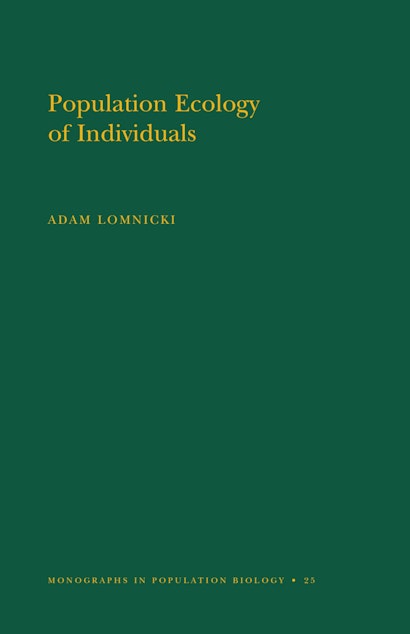 A common tendency in the field of population ecology has been to overlook individual differences by treating populations as homogeneous units; conversely, in behavioral ecology the tendency has been to concentrate on how individual behavior is shaped by evolutionary forces, but not on how this behavior affects population dynamics. Adam Lomnicki and others aim to remedy this one-sidedness by showing that the overall dynamical behavior of populations must ultimately be understood in terms of the behavior of individuals. Professor Lomnicki’s wide-ranging presentation of this approach includes simple mathematical models aimed at describing both the origin and consequences of individual variation among plants and animals.