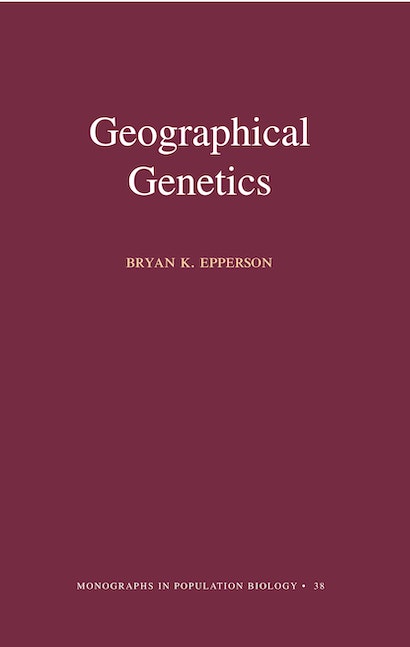 Population genetics has made great strides in applying statistical analysis and mathematical modeling to understand how genes mutate and spread through populations over time. But real populations also live in space. Streams, mountains, and other geographic features often divide populations, limit migration, or otherwise influence gene flow. This book rigorously examines the processes that determine geographic patterns of genetic variation, providing a comprehensive guide to their study and interpretation.

Geographical Genetics has a unique focus on the mathematical relationships of spatial statistical measures of patterns to stochastic processes. It also develops the probability and distribution theory of various spatial statistics for analysis of population genetic data, detailing exact methods for using various spatial features to make precise inferences about migration, natural selection, and other dynamic forces. The book also reviews the experimental literature on the types of spatial patterns of genetic variation found within and among populations. And it makes an unprecedented strong connection between observed measures of spatial patterns and those predicted theoretically. Along the way, it introduces readers to the mathematics of spatial statistics, applications to specific population genetic systems, and the relationship between the mathematics of space-time processes and the formal theory of geographical genetics.


Written by a leading authority, this is the first comprehensive treatment of geographical genetics. It is a much-needed guide to the theory, techniques, and applications of a field that will play an increasingly important role in population biology and ecology.

"Geographical genetics is an important topic that is of broad interest to ecologists, conservation biologists, population geneticists, and others, so a book on this topic is a very welcome addition. This book provides a wealth of information and contains many of the important statistical methods used in the field, numerous applications, and discussions on the methods."—Claudia Neuhauser, University of Minnesota

"An almost encyclopedic survey of population genetics theory and practice in cases where the population of interest has some geographic structure to it. There is no doubt that the author is an expert in this field and knows it intimately."—Warren Ewens, University of Pennsylvania