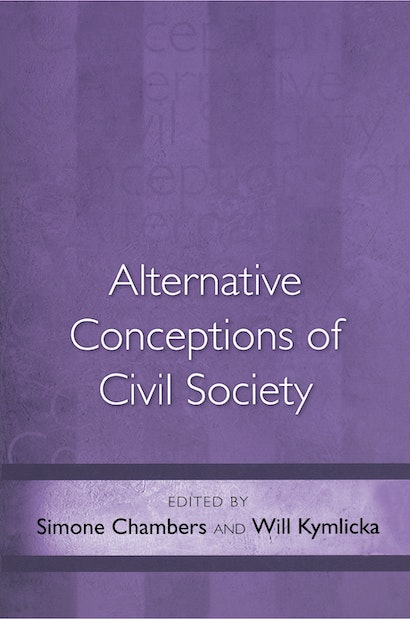 The idea of civil society has long been central to the Western liberal-democratic tradition, where it has been seen as a crucial site for the development and pursuit of basic liberal values such as individual freedom, social pluralism, and democratic citizenship. This book considers how a host of other ethical traditions define civil society. Unlike most studies of the subject, which focus on a particular region or tradition, it considers a range of ethical traditions rarely addressed in one volume: libertarianism, critical theory, feminism, liberal egalitarianism, natural law, Christianity, Islam, Judaism, and Confucianism. It considers the extent to which these traditions agree or disagree on how to define civil society’s limits and how to evaluate its benefits and harms.


A variety of distinguished advocates and interpreters of these traditions present in-depth explorations of how these various traditions think of ethical pluralism within societies, asking how a society should respond to diversity among its members. Together they produce a work rich with original insights on a wide range of subjects about which little has been written to date.


An excellent starting point for a comparative ethics of civil society, this book concludes that while the concept of civil society originated in the liberal tradition, it is quickly becoming an important focus for a truly cross-cultural dialogue. In addition to the editors, the contributors are Michael Banner, Hasan Hanafi, Loren E. Lomasky, Richard Madsen, Michael A. Mosher, Michael Pakaluk, Anne Philips, Adam B. Seligman, Suzanne Last Stone, and Michael Walzer.

Simone Chambers is Associate Professor of Political Science at the University of Colorado at Boulder. She is the author of Reasonable Democracy: Jürgen Habermas and the Politics of Discourse, which won the American Political Science Association's First Book Award in Political Theory. Will Kymlicka is Queen's National Scholar in the Department of Philosophy at Queen's University, Ontario. His books include Liberalism, Community, and Culture; Multicultural Citizenship, and Politics in the Vernacular.

"Scholars concerned with these questions will benefit enormously from this highly recommended collection. It is unique among the many books on the topic of civil society and it deserves a wide, appreciative readership."—Jerome P. Baggett, Religious Studies Review

"Most of the essays are first-rate introductions to their respective traditions. The reader cannot fail to expand his or her horizons by reading this book, which is filled with fascinating examples about how different traditions grapple with issues of ethical pluralism."—Daniel Bell, City University of Hong Kong