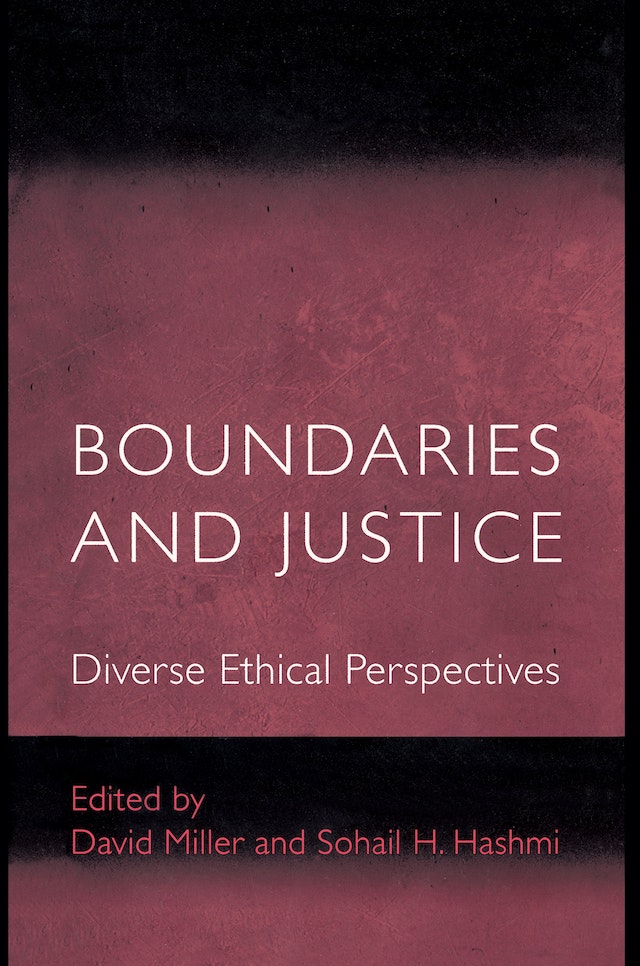 Despite the supreme political and economic significance of boundaries — and ongoing challenges to existing national boundaries — scant attention has been paid to their ethics. This volume explores how diverse ethical traditions understand the political and property rights reflected in territorial and jurisdictional boundaries. It is the first book to bring together thinkers from a range of traditions, both religious and secular, to discuss the ethics of boundaries.

Each contributor represents a tradition’s views on questions surrounding the use of boundaries to delimit property and political rights. What does it mean to own something? What resources should not be privately owned? What justifies the erection of political boundaries between one people and another? How ”hard” should such boundaries be? What rights extend to minorities within a state? Should territorial boundaries coincide with social ones? Does national autonomy have an ethical basis, or is it an aspect of modern power politics? Should we aim for a more inclusive community than that afforded by modern nation-states? Cross-chapter dialogue and a substantive conclusion draw out similarities and differences among the traditions represented, traditions that include Christianity, classical liberalism, Confucianism, international law, Islam, Judaism, liberal egalitarianism, and natural law.

David Miller is Official Fellow in Social and Political Theory at Nuffield College, Oxford University. He is the author of On Nationality, Principles of Social Justice, and Citizenship and National Identity. Sohail H. Hashmi is Assistant Professor of International Relations at Mount Holyoke College and the editor of State Sovereignty.

"The subject of this book is an extremely important one. The treatments are good, and the whole is considerably more than its parts. I strongly recommend it."—Lee Yearley, Stanford University

"This is an excellent volume on an important subject. A number of very highly respected contributors bring a range of perspectives to bear on several carefully framed questions related to boundaries. The book will interest a large number of people, in ethical and political philosophy, international law, political science, and international relations. It is an important contribution to the debate over boundaries and does the rare service of bringing together a wide variety of ethical traditions to bear on the issue."—Margaret Moore, University of Waterloo