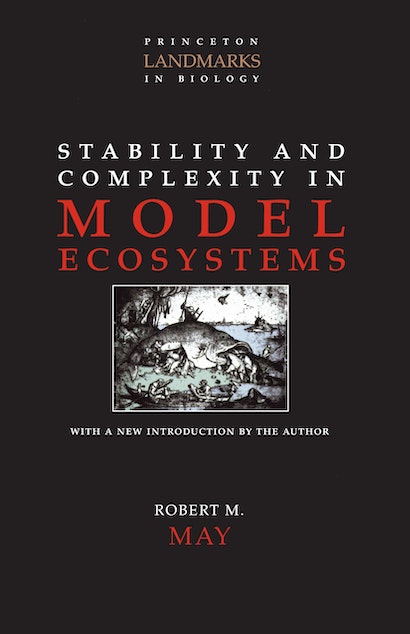 What makes populations stabilize? What makes them fluctuate? Are populations in complex ecosystems more stable than populations in simple ecosystems? In 1973, Robert May addressed these questions in this classic book. May investigated the mathematical roots of population dynamics and argued-counter to most current biological thinking-that complex ecosystems in themselves do not lead to population stability. Stability and Complexity in Model Ecosystems played a key role in introducing nonlinear mathematical models and the study of deterministic chaos into ecology, a role chronicled in James Gleick’s book Chaos. In the quarter century since its first publication, the book’s message has grown in power. Nonlinear models are now at the center of ecological thinking, and current threats to biodiversity have made questions about the role of ecosystem complexity more crucial than ever. In a new introduction, the author addresses some of the changes that have swept biology and the biological world since the book’s first publication.

Robert M. May has been a pioneer in theoretically driven biology for the last thirty years. He has done key work in population ecology, the dynamics of infectious diseases, extinctions, and other areas. He is currently a Professor at Oxford University as well as President of the Royal Society in the United Kingdom.

"May's Stability and Complexity in Model Ecosystems was undoubtedly the most influential treatise in theoretical ecology since the pioneering efforts of Volterra and Lotka. It transformed the subject by brokering a marriage between theory and fact that had been-and is still too often-missing in theoretical ecology. It is no coincidence that the full integration of theory into ecology has occurred since the original appearance of this landmark book. May's new introduction wonderfully places events in perspective."—Simon Levin, Princeton University