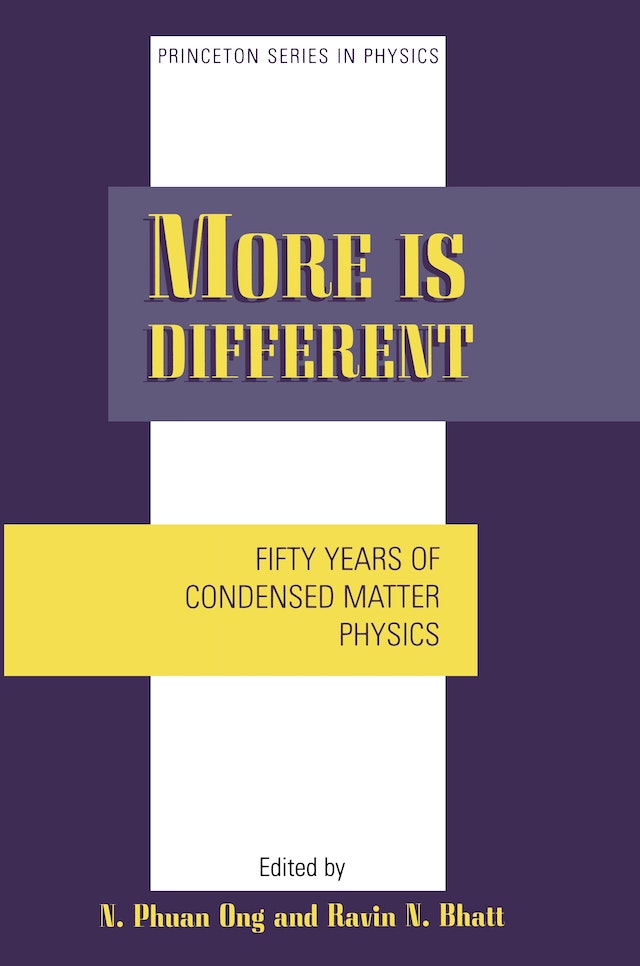 This book presents articles written by leading experts surveying several major subfields in Condensed Matter Physics and related sciences. The articles are based on invited talks presented at a recent conference honoring Nobel laureate Philip W. Anderson of Princeton University, who coined the phrase “More is different” while formulating his contention that all fields of physics, indeed all of science, involve equally fundamental insights. The articles introduce and survey current research in areas that have been close to Anderson’s interests. Together, they illustrate both the deep impact that Anderson has had in this multifaceted field during the past half century and the progress spawned by his insights. The contributors cover numerous topics under the umbrellas of superconductivity, superfluidity, magnetism, electron localization, strongly interacting electronic systems, heavy fermions, and disorder and frustration in glass and spin-glass systems. They also describe interdisciplinary areas such as the science of olfaction and color vision, the screening of macroions in electrolytes, scaling and renormalization in cosmology, forest fires and the spread of measles, and the investigation of “NP-complete” problems in computer science.

"This book fills a need for an accessible introduction to some problems at the forefront of condensed-matter physics research. . . . The editors have done an excellent job of assembling articles that offer a concrete and comprehensive demonstration of [Anderson's] original thesis."—Stephen Julian, Times Higher Education Supplement

"I would recommend the book to condensed matter theoretical physicists who are interested in the broad range of complexity theory and exploring outside their usual bailiwick. Some elementary particle physicists would also have their horizons widened by reading the book."—Charlie Ironside, Contemporary Physics