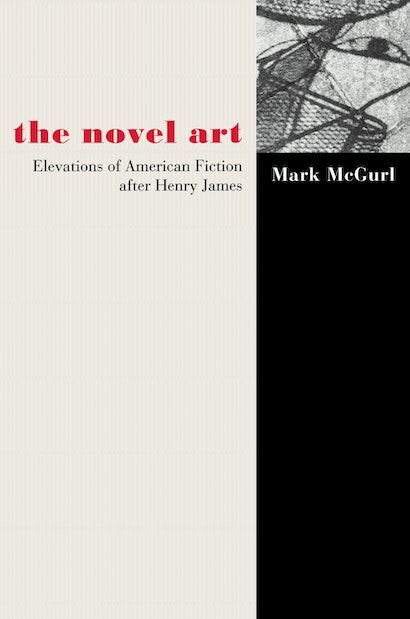 Once upon a time there were good American novels and bad ones, but none was thought of as a work of art. The Novel Art tells the story of how, beginning with Henry James, this began to change. Examining the late-nineteenth century movement to elevate the status of the novel, its sources, paradoxes, and reverberations into the twentieth century, Mark McGurl presents a more coherent and wide-ranging account of the development of American modernist fiction than ever before.


Moving deftly from James to Stephen Crane, Edith Wharton, Gertrude Stein, William Faulkner, Dashiell Hammett, and Djuna Barnes among others, McGurl argues that what unifies this diverse group of ambitious writers is their agonized relation to a middling genre rarely included in discussions of the fine arts. He concludes that the new product, despite its authors’ desire to distinguish it from popular forms, never quite forsook the intimacy the genre had long cultivated with the common reader. Indeed, the ”art novel” sought status within the mass market, and among its prime strategies was a promotion of the mind as a source of value in an economy increasingly dependent on mental labor. McGurl also shows how modernism’s obsessive interest in simple-mindedness revealed a continued concern with the masses even as it attempted to use this simplicity to produce a heightened sophistication of form. Masterfully argued and set in elegant prose, The Novel Art provides a rich new understanding of the fascinating road the American novel has taken from being an artless enterprise to an aesthetic one.

Mark McGurl is Assistant Professor of English at UCLA.

"[This] intriguing book traces James's efforts to promote the Anglo-American novel as not only higher than mere popular entertainment but as a potential claimant for fine art. . . . McGurl's book is highly recommended and a successor to Henry James's The Art of the Novel."—Choice

"The Novel Art may be a 'first book' in a technical sense, but it is much more than that. In ambition, range, subtlety and sophistication, it is fully mature and accomplished, easily the match of anything currently being produced in the various fields into which it enters. Ranging through and across period, genre, and critical lines, Mark McGurl makes a compelling set of arguments with wit and panache. His book exemplifies what it anatomizes—it gives us the intellectual thrill of watching a playful intelligence take up something we thought we knew, and show us things we had never seen there before. It is very important indeed."—Jonathan Freedman, University of Michigan, Ann Arbor