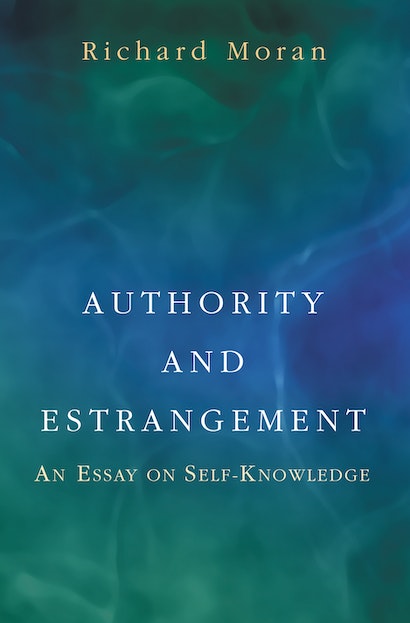 Since Socrates, and through Descartes to the present day, the problems of self-knowledge have been central to philosophy’s understanding of itself. Today the idea of ”first-person authority” — the claim of a distinctive relation each person has toward his or her own mental life — has been challenged from a number of directions, to the point where many doubt the person bears any distinctive relation to his or her own mental life, let alone a privileged one. In Authority and Estrangement, Richard Moran argues for a reconception of the first-person and its claims. Indeed, he writes, a more thorough repudiation of the idea of privileged inner observation leads to a deeper appreciation of the systematic differences between self-knowledge and the knowledge of others, differences that are both irreducible and constitutive of the very concept and life of the person.


Masterfully blending philosophy of mind and moral psychology, Moran develops a view of self-knowledge that concentrates on the self as agent rather than spectator. He argues that while each person does speak for his own thought and feeling with a distinctive authority, that very authority is tied just as much to the disprivileging of the first-person, to its specific possibilities of alienation. Drawing on certain themes from Wittgenstein, Sartre, and others, the book explores the extent to which what we say about ourselves is a matter of discovery or of creation, the difficulties and limitations in being ”objective” toward ourselves, and the conflicting demands of realism about oneself and responsibility for oneself. What emerges is a strikingly original and psychologically nuanced exploration of the contrasting ideals of relations to oneself and relations to others.

Richard Moran is Professor of Philosophy at Harvard University.

"Authority and Estrangement is simply one of the most striking and original books in the Philosophy of Mind written in the last ten years. It is a terrific book. It has been anticipated for a long time, and it will not disappoint. In quality of content, it is first rate through and through. Moreover, it is positively exciting to read."—George Wilson, University of California, Davis