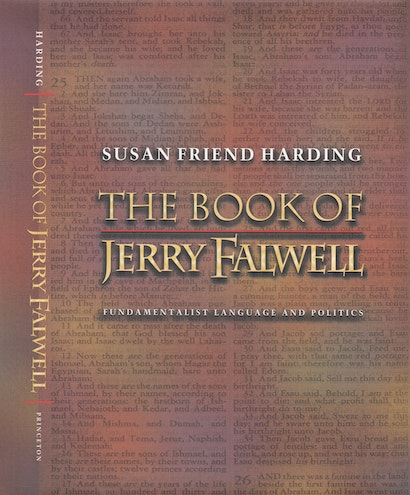 National polls show that approximately 50 million adult Americans are born-again Christians. Yet most Americans see their culture as secular, and the United States is viewed around the world as a secular nation. Further, intellectuals and journalists often portray born-again Christians, despite their numbers, as outsiders who endanger public life. But is American culture really so neatly split between the religious and the secular? Is America as “modern” and is born-again Christian religious belief as “pre-modern” as many think?


In the 1980s, born-again Christians burst into the political arena with stunning force. Gone was the image of “old-fashioned” fundamentalism and its anti-worldly, separatist philosophy. Under the leadership of the Reverend Jerry Falwell and allied preachers, millions broke taboos in place since the Scopes trial constraining their interaction with the public world. They claimed new cultural territory and refashioned themselves in the public arena. Here was a dynamic body of activists with an evangelical vision of social justice, organized under the rubric of the “Moral Majority.”


Susan Harding, a cultural anthropologist, set out in the 1980s to understand the significance of this new cultural movement. The result, this long-awaited book, presents the most original and thorough examination of Christian fundamentalism to date. Falwell and his co-pastors were the pivotal figures in the movement. It is on them that Harding focuses, and, in particular, their use of the Bible’s language. She argues that this language is the medium through which born-again Christians, individual and collective, come to understand themselves as Christians. And it is inside this language that much of the born-again movement took place. Preachers like Falwell command a Bible-based poetics of great complexity, variety, creativity, and force, and, with it, attempt to mold their churches into living testaments of the Bible. Harding focuses on the words — sermons, speeches, books, audiotapes, and television broadcasts — of individual preachers, particularly Falwell, as they rewrote their Bible-based tradition to include, rather than exclude, intense worldly engagement. As a result of these efforts, born-again Christians recast themselves as a people not separated from but engaged in making history. The Book of Jerry Falwell is a fascinating work of cultural analysis, a rare account that takes fundamentalist Christianity on its own terms and deepens our understanding of both religion and the modern world.

Susan Friend Harding is Professor of Anthropology at the University of California, Santa Cruz. She has published widely on fundamentalist Christianity, social movements, and culture reform, and she served as an adviser to the PBS series With God on our Side.

"Harding has brought the finely tuned eyes and ears of an anthropologist to her research inside Falwell's fundamentalist Baptist community. Her analysis is incisive and empathetic."—Linda L. Giedl, The Christian Science Monitor

"This is a highly readable book."—Library Journal

"Harding's central subject is the rhetoric of fundamentalism, the language of its persuasion. But she also explains how Falwell, and others like him, have brought the fundamentalist community into politics . . . Harding's headlong exuberance propels [the book] and carries us deep into the mind and heart of a subculture that is increasingly mainstream."—Ronald D. Elving, Washington Post

"An eloquent and incisive study of religious fundamentalism in the United States. . . . [A] theoretically rich and highly original work."—Jeremy Stolow, Sociology of Religion

"Harding's own mastery is on display throughout her book. . . . By the end . . . she has skillfully shown the myriad ways in which fundamentalist rhetoric created and transformed both the fundamentalist community itself and the wider American culture. Her work should be required reading not only for students of American religion, but for anyone who wishes to study sympathetically and fruitfully a different religious culture."—Jonathan Moore, Christian Century

"So much has been written about resurgent Christian fundamentalism that it is difficult to imagine that someone might find something fresh to say about it. Yet Susan Friend Harding gives us some amazing glimpses into contemporary fundamentalism's heart and soul. . . . [A] bold, artful, and largely convincing book."—Joel Carpenter, Journal of Religion

"The Book of Jerry Falwell is a brilliant and fascinating account of how the Reverend Jerry Falwell and his colleagues changed the face of Protestant fundamentalism in the United States in the 1980s. Sensitive and sophisticated, it challenges conventional wisdom about the Christian right and makes the world of fundamentalist believers available to the rest of us. Harding is an original thinker, and, along the way, she gives us new insights into the power of rhetoric and the way it creates the world for us all."—Frances Fitzgerald, author of Cities on a Hill

"Few social scientists understand the power of language as well as Susan Harding does. And nobody has done a better job of investigating the language of fundamentalists. The Book of Jerry Falwell will jar its readers again and again—from its thought-provoking title to Harding's account of Falwell's controversial fund-raising techniques to her own 'encounter' with the holy spirit. Just when scholars thought they had put the wraps on fundamentalism and relegated Falwell's Moral Majority to the archives, Harding asks us to reconsider. This is a book that demands (and will surely generate) widespread debate."—Robert Wuthnow, author of After Heaven: Spirituality in American Since the 1950s

"Susan Harding's Book of Jerry Falwell tells the fabulous tale of Falwell's empire building and the rise of the moral majority in the 1980s through a densely textured ethnographic reading of people, institutions, media, and events. Here biblical language is profoundly generative, living, and political. The book is a model of cultural theory and critique as it shows how seemingly opposed movements in history such as fundamentalism and secular modernity are, in fact, mutually constituting and that the critic sees this only by standing in the gap-entering their force fields yet resisting conversion."—Kathleen Stewart, University of Texas, Austin