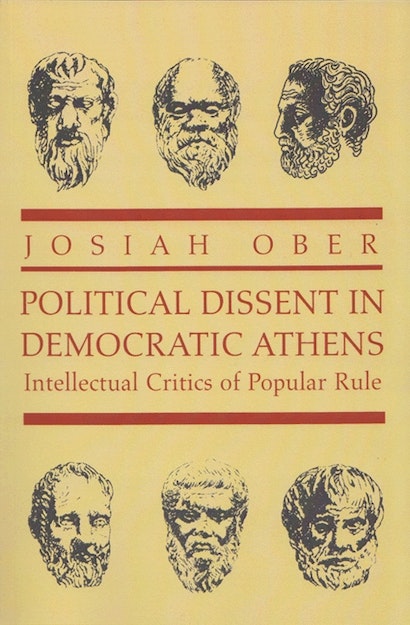 How and why did the Western tradition of political theorizing arise in Athens during the late fifth and fourth centuries B.C.? By interweaving intellectual history with political philosophy and literary analysis, Josiah Ober argues that the tradition originated in a high-stakes debate about democracy. Since elite Greek intellectuals tended to assume that ordinary men were incapable of ruling themselves, the longevity and resilience of Athenian popular rule presented a problem: how to explain the apparent success of a regime “irrationally” based on the inherent wisdom and practical efficacy of decisions made by non-elite citizens? The problem became acute after two oligarchic coups d’ tat in the late fifth century B.C. The generosity and statesmanship that democrats showed after regaining political power contrasted starkly with the oligarchs’ violence and corruption. Since it was no longer self-evident that “better men” meant “better government,” critics of democracy sought new arguments to explain the relationship among politics, ethics, and morality.


Ober offers fresh readings of the political works of Thucydides, Plato, and Aristotle, among others, by placing them in the context of a competitive community of dissident writers. These thinkers struggled against both democratic ideology and intellectual rivals to articulate the best and most influential criticism of popular rule. The competitive Athenian environment stimulated a century of brilliant literary and conceptual innovation. Through Ober’s re-creation of an ancient intellectual milieu, early Western political thought emerges not just as a “footnote to Plato,” but as a dissident commentary on the first Western democracy.

Josiah Ober is the David Magie Professor of Ancient History in the Department of Classics at Princeton University. His books include The Athenian Revolution, Mass and Elite in Democratic Athens, and Demokratia (edited with Charles Hedrick). All three books are available from Princeton.

"This book is first-rate: intelligent, judicious, original, a seamless performance, and on a fundamental topic. . . . [A] great achievement."—Robert W. Wallace, The Annals of the American Academy of Political and Social Science

"[An] impressive new book . . . rich in detail and suggestive in interpretation. . . . There is passion in [Ober's] account of democracy and sympathy in his portrayal of individual critics."—Mary Margaret McCabe, Times Literary Supplement

"It would be difficult to overstate the scope and magnitude of Ober's erudition as displayed in this book. It is epic in its sweep."—V. Bradley Lewis, Review of Politics