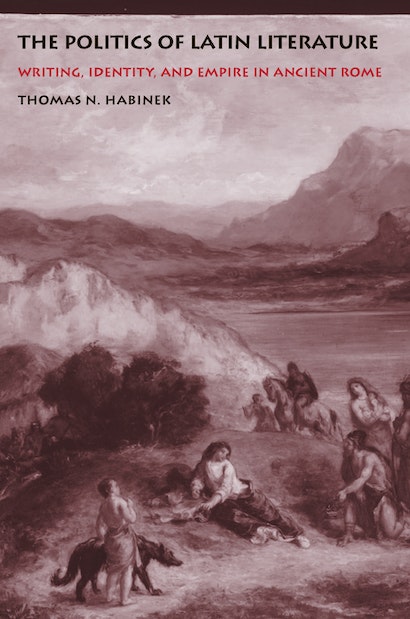 This is the first book to describe the intimate relationship between Latin literature and the politics of ancient Rome. Until now, most scholars have viewed classical Latin literature as a product of aesthetic concerns. Thomas Habinek shows, however, that literature was also a cultural practice that emerged from and intervened in the political and social struggles at the heart of the Roman world.


Habinek considers major works by such authors as Cato, Cicero, Horace, Ovid, and Seneca. He shows that, from its beginnings in the late third century b.c. to its eclipse by Christian literature six hundred years later, classical literature served the evolving interests of Roman and, more particularly, aristocratic power. It fostered a prestige dialect, for example; it appropriated the cultural resources of dominated and colonized communities; and it helped to defuse potentially explosive challenges to prevailing values and authority. Literature also drew upon and enhanced other forms of social authority, such as patriarchy, religious ritual, cultural identity, and the aristocratic procedure of self-scrutiny, or existimatio.


Habinek’s analysis of the relationship between language and power in classical Rome breaks from the long Romantic tradition of viewing Roman authors as world-weary figures, aloof from mundane political concerns — a view, he shows, that usually reflects how scholars have seen themselves. The Politics of Latin Literature will stimulate new interest in the historical context of Latin literature and help to integrate classical studies into ongoing debates about the sociology of writing.

Thomas N. Habinek is Professor of Classics at the University of Southern California and author of The Colometry of Latin Prose.

"The importance of this book, the reason why it should be required reading for anyone interested in Roman society and culture, lies not so much in the answers it offers as in the questions it provokes and the new lines of enquiry it suggests. . . . [It will] change the way we think about Latin literature."—Neville Morley, Classical Review

"A superb analysis. . . . These stimulating essays contribute to and complicate current debates about Latin literature."—Choice