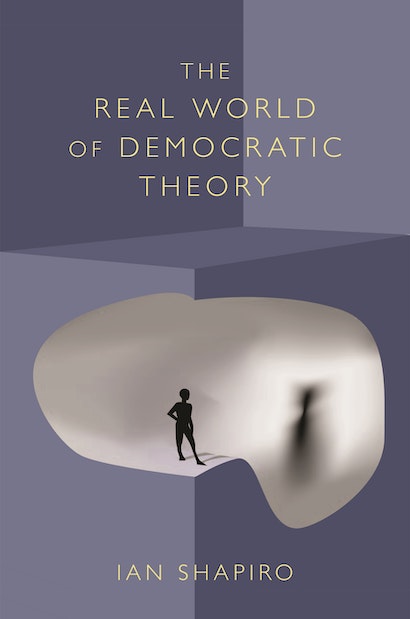 In this book Ian Shapiro develops and extends arguments that have established him as one of today’s leading democratic theorists. Shapiro is hardheaded about the realities of politics and power, and the difficulties of fighting injustice and oppression. Yet he makes a compelling case that democracy’s legitimacy depends on pressing it into the service of resisting domination, and that democratic theorists must rise to the occasion of fashioning the necessary tools. That vital agenda motivates the arguments of this book.


Tracing modern democracy’s roots to John Locke and the American founders, Shapiro shows that they saw more deeply into the dynamics of democratic politics than have many of their successors. Drawing on Lockean and Madisonian insights, Shapiro evaluates democracy’s changing global fortunes over the past two decades. He also shows how elusive democracy can be by exploring the contrast between its successful establishment in South Africa and its failures elsewhere — particularly the Middle East. Shapiro spells out the implications of his account for long-standing debates about public opinion, judicial review, abortion, and inherited wealth — as well as more recent preoccupations with globalization, national security, and international terrorism.


Scholars, students, and democratic activists will all learn from Shapiro’s trenchant account of democracy’s foundations, its history, and its contemporary challenges. They will also find his distinctive democratic vision both illuminating and appealing.

Ian Shapiro is the Sterling Professor of Political Science at Yale University. Among his many books are Containment: Rebuilding a Strategy against Global Terror and The Flight from Reality in the Human Sciences (both Princeton).

"While Professor Shapiro will not quell every critic of democracy in this volume, his observations go a long way to pressing the argument not only that democracy's foundations are legitimate, but also that it is still urgently needed to combat forms of domination throughout the world."—Harvard Law Review

"This book collects several essays Shapiro has written (or co-written) over the past decade, and an excellent introduction locates them in his account of democracy and justice. Unlike many collections, this work is remarkably unified in its voice and line of argument."—Choice

"By bringing together normative ideals and empirical causes, Shapiro places the health of the political order back at the center of political science."—Russell Muirhead, Review of Politics

"Ian Shapiro is one of our best political philosophers. This book shows why, combining incisive analyses of canonical figures and concepts with thoughtful moral judgments to illuminate difficult political situations. Few other people combine such breadth and depth. Perhaps no one will agree with everything in these essays, but everyone will learn from them."—Jennifer Hochschild, Harvard University

"This is essential reading for understanding the development of democratic governments around the world since the Cold War. Shapiro's account of the South African transition from apartheid to democracy, and its implications for negotiations in the Middle East and Northern Ireland, is particularly incisive. Written in a highly accessible style, this book will appeal to general readers as well as academics and students."—Richard J. Goldstone, former justice of the Constitutional Court of South Africa

"Ian Shapiro's title captures the great virtue of his latest book: he has, brilliantly and usefully, related democratic theory, an academic field in which he towers, to the real world of partisanship, public opinion polls, debates over taxes and abortion, and international diplomacy. In lucid, straightforward, jargon-free prose, he puts the 'politics' into political science, without compromising on intellectual rigor and the highest standards of empirical discipline."—Strobe Talbott, president of the Brookings Institution, and author of The Great Experiment: Ancient Empires, Modern States, and the Quest for a Global Nation

"This book covers a range of absolutely central topics for contemporary democratic theory and practice. I don't know of any other political theorist with Ian Shapiro's breadth of expertise who is as willing to engage with the practical messiness of actual political argument."—David Runciman, University of Cambridge