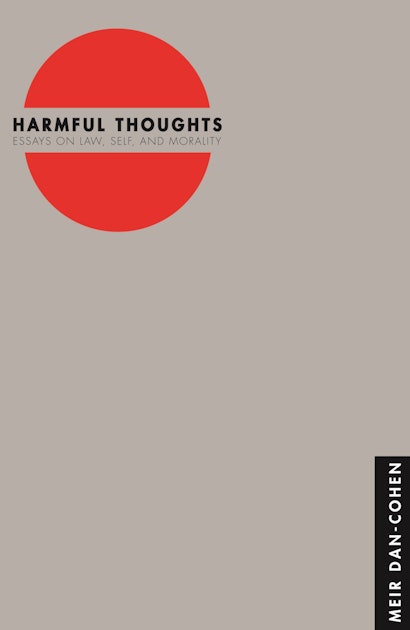 In these writings by one of our most creative legal philosophers, Meir Dan-Cohen explores the nature of the self and its response to legal commands and mounts a challenge to some prevailing tenets of legal theory and the neighboring moral, political, and economic thought. The result is an insider’s critique of liberalism that extends contemporary liberalism’s Kantian strand, combining it with postmodernist ideas about the contingent and socially constructed self to build a thoroughly original perspective on some of the most vital concerns of legal and moral theory.


Dan-Cohen looks first at the ubiquity of legal coercion and considers its decisive impact on the nature of legal discourse and communication, on law’s normative aspirations and claim to obedience, and on the ideal of the rule of law. He moves on to discuss basic values, stressing the preeminence of individual identity and human dignity over the more traditional liberal preoccupations with preference-based choice and experiential harm. Dan-Cohen then focuses more directly on the normative ramifications of the socially constructed self. Fundamental concepts such as responsibility and ownership are reinterpreted to take account of the constitutive role that social practices — particularly law and morality — play in the formation of the self.


Throughout, Dan-Cohen draws on a uniquely productive mix of philosophical traditions and subjects, blending the methods of analytic philosophy with the concerns of Continental philosophers to reconceive the self and its relation to ethics and the law.

Meir Dan-Cohen is Professor of Law at the University of California, Berkeley, where he holds the Milo Reese Robbins Chair in Legal Ethics. He is the author of Rights, Persons, and Organizations: A Legal Theory for Bureaucratic Society.

"Scholars seeking to infuse prevailing liberal normative commitments with postmodern insights into the shifting foundations of moral belief should find the central argument interesting and provocative, and a valuable though challenging contribution to liberal theory."—Choice

"Harmful Thoughts is indeed a significant contribution that many will find original, challenging, and commendable."—Metapsychology Review

"Harmful Thoughts is a rich and imaginative book. It is filled with insights and fascinating arguments. Theoretically minded lawyers and political theorists will read it with profit and enjoyment."—Ethics

"Dan-Cohen is discovering issues and presenting them in a way that is genuinely eye-opening. His work is imaginative and rigorous scholarship of the very highest order."—Frederick Schauer, John F. Kennedy School of Government, Harvard University