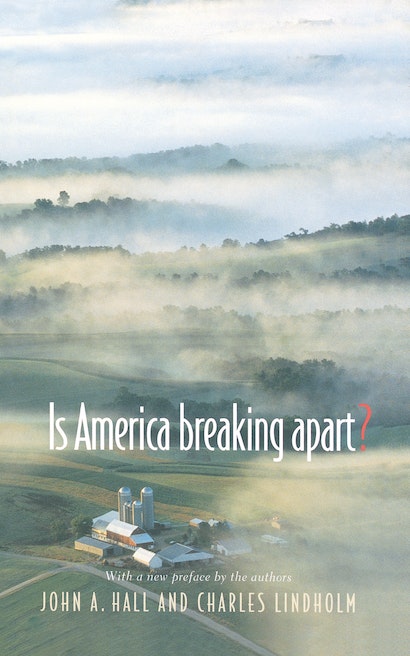 Is the United States a nation of materialistic loners whose politics are dictated by ethnic, racial, religious, or sexual identities? This is what America has become in the eyes of many commentators. Americans seem to fear that their society is breaking apart, but how accurate is this portrayal and how justified is the fear? Introducing a balanced viewpoint into this intense debate, John Hall and Charles Lindholm demonstrate that such alarm is unfounded. Here they explore the institutional structures of American society, emphasizing its ability to accommodate difference and reduce conflict. The culture, too, comes under scrutiny: influenced by Calvinistic beliefs, Americans place faith in the individual but demand high moral commitment to the community. Broad in scope and ambition, this short book draws a realistic portrait of a society that is among the most powerful and stable in the world, yet is perennially shaken by self-doubt.

Concern over the cohesiveness of American society, Hall and Lindholm argue, is actually a product of a shared cultural belief in human distinctiveness and equality. They find that this shared belief paradoxically leads Americans to exaggerated worries about disunity, since they are afraid that disagreements among co-equals will rend apart a fragile community based solely on consensus and caring. While there is little dissent among Americans over essential values, racism still abounds. Here the authors predict that the homogenizing force of economic participation might still be the key to mending the wounds of racial turmoil.

By combining history, sociology, and anthropology, the authors cover a wide range of past and recent challenges to the stability of American society: from the history of unions to affirmative action, from McCarthyism to militant distrust of government, from early prejudice toward Irish and Italian immigrants to current treatment of African Americans. Hall and Lindholm do not skirt the internal contradictions and moral tensions of American society but nonetheless recognize the strength and promise of its institutions and culture. Their book is a vivid, sweeping response to the doomsayers in the reassessment of our society. 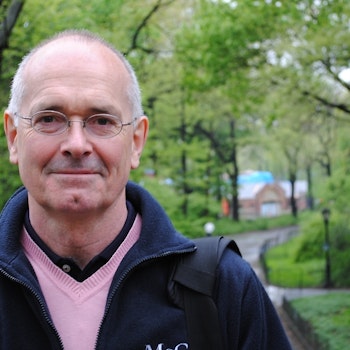 "As [the authors] point out, in a book that is both soothing and convincing . . . the nation, at least as a community of interacting individuals, is strong and safe."—The Economist Review

"A brisk, unusually lively tour through American history and habits. . . . Is America Breaking Apart? usefully urges us to probe for Balkanizing impulses in our own souls, then pronounces us healthy."—Carlin Romano, Philadelphia Inquirer

"[A] short, stimulating book. . . . Mr. Hall's and Mr. Lindholm's overall intention is to show how the United States has held together since the Founding, why it shows every promise of continuing to do so, and what are the positive and negative aspects of that history and present state of affairs."—Colin Walters, The Washington Times

"A slim but very thoughtful volume that is well worth reading."—Kirkus Reviews

"Briefly but brilliantly Hall and Lindholm marshal sociology and history to assert that there has never been a time in American history without hostilities and rifts. . . . The prose is at once judicious and elegant. Appealing both to intellect and imagination, this work unites a clear vision of American past with expectations of future achievement. It deserves the widest possible audience."—Choice

"I hope that this persuasive book will find the wide, nonacademic audience for which it is written. . . . The authors manage the difficult task of being both brief and nuanced. . . . The book is an important corrective to the sensationalist literature that contributes to the problems it supposedly decries."—Rhys H. Williams, Christian Century

"Insightful and persuasive. . . . The authors manage the difficult task of being both brief and nuanced."—Rhys H. Williams, Christian Century

"Mr. Hall's and Mr. Lindholm's overall intention is to show how the United States has held together since the Founding, why it shows every promise of continuing to do so, and what are the positive and negative aspects of that history and present state of affairs. . . . [A] short, stimulating book.""—Colin Walters, Washington Times

"A book of this kind has been begging to be written, and Hall and Lindholm are the perfect pair to do it. They have a strong sense of history and of theory, and they write well, making compelling arguments in a civil way."—Robert Wuthnow, Princeton University

"A major contribution to the debate over the nature of American society today."—Robert N. Bellah, University of California, Berkeley

"In this provocative book, the authors hold a mirror up to the nation and find . . . a country that is politically stable, resilient in the face of conflict, and able to live with the anxiety pluralism produces. A stimulating, thoughtful, and well-reasoned argument on the state of the nation."—Katherine Newman, Harvard University

"Ever since Tocqueville, America has posed a standing paradox: a country of vast diversity that survives only because of its deeper unanimity. Hall and Lindholm successfully explain why the country continues to cohere despite all the clamor over multiculturalism and a politics of difference."—John Patrick Diggins, City University of New York