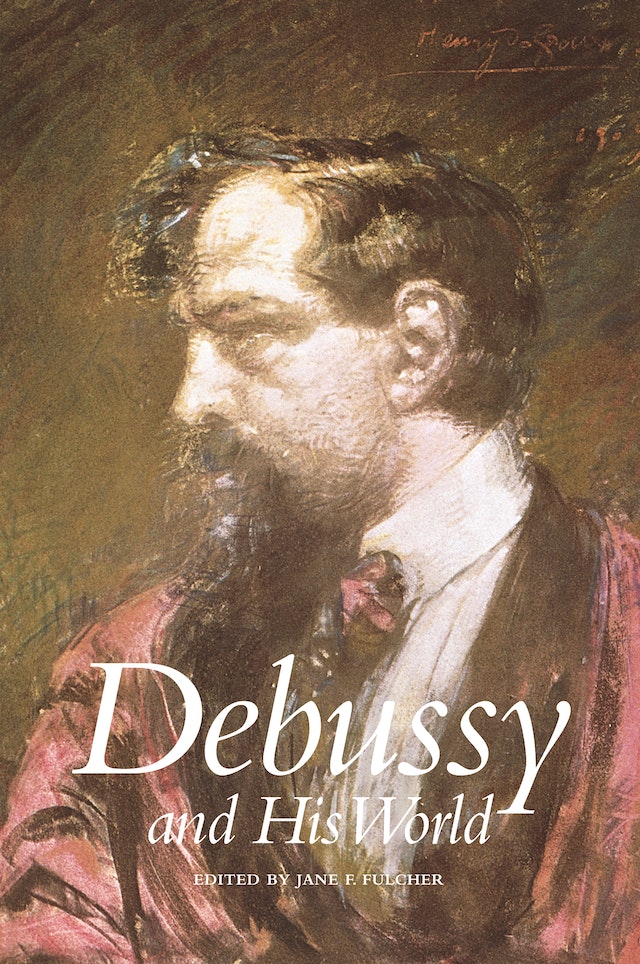 Claude Debussy’s Paris was factionalized, politicized, and litigious. It was against this background of ferment and change — which characterized French society and music from the Franco-Prussian War to World War I — that Debussy re-thought music. This book captures the complexity of the composer’s restless personal and artistic identity within the new picture emerging of the musical, social, and political world of fin-de-siècle Paris.


Debussy’s setting did not simply mold his style. Rather, it challenged him to define a style and then to revamp it again and again as he situated himself simultaneously via the present and the past. These essays trace Debussy’s perpetual reinvention, both social and creative, from his earliest to his last works. They explore tensions and contradictions in his best-known compositions and examine lesser-known pieces that reveal new aspects of Debussy’s creative appropriation from poetry, painting, and non-Western music.


The contributors reveal the extent to which Debussy’s personal and professional lives were intertwined and sometimes in conflict. Belonging to no one group or class, but crossing many, Debussy abjured the orthodox. A maverick who reviled all convention and searched for a music that authentically reflected experience, Debussy balked at entering any situation — salons, musical societies, or factions — that would categorize and thus distort him. Because of this, music lovers still argue over the degree to which Debussy’s music is Impressionist, symbolist, or even French. Aptly, the volume’s editor reads Debussy’s last works as a dialogue with himself that reflects his inherently pluralistic, paradoxical, negotiated, and ever-changing identity.


William Austin’s description of Debussy as ”one of the most original and adventurous musicians who ever lived” is often repeated. This book illustrates how right Austin was and shows why Debussy’s unclassifiable art continues to fascinate and perplex his historians even as it enthralls new listeners. The contributors are Leon Botstein, Christophe Charle, John Clevenger, Jane F. Fulcher, David Grayson, Brian Hart, Gail Hilson-Woldu, and Marie Rolf.

Jane F. Fulcher is Professor of Musicology at Indiana University. She is the author of The Nation's Image: French Grand Opera as Politics and Politicized Art, French Cultural Politics and Music from the Dreyfus Affair to the First World War, and Composers, Intellectuals, and Politics in France from the First to the Second World War (forthcoming). She has served as Directeur d'Etudes Associé at the Ecole des Hautes Etudes en Sciences Sociales in Paris and Directeur de Recherches at the Centre Nationale de la Recherche Scientifique in Paris.