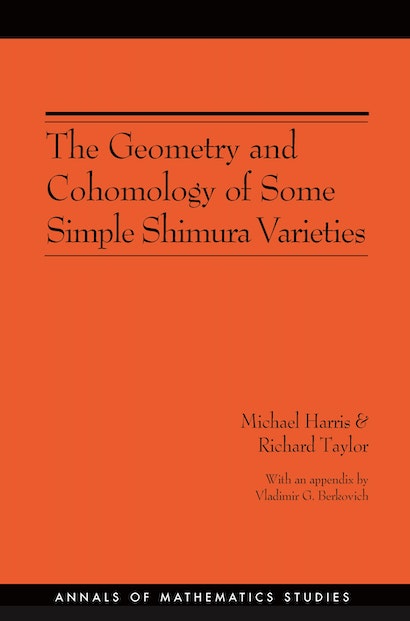 This book aims first to prove the local Langlands conjecture for GLn over a p-adic field and, second, to identify the action of the decomposition group at a prime of bad reduction on the l-adic cohomology of the “simple” Shimura varieties. These two problems go hand in hand. The results represent a major advance in algebraic number theory, finally proving the conjecture first proposed in Langlands’s 1969 Washington lecture as a non-abelian generalization of local class field theory.


The local Langlands conjecture for GLn(K), where K is a p-adic field, asserts the existence of a correspondence, with certain formal properties, relating n-dimensional representations of the Galois group of K with the representation theory of the locally compact group GLn(K). This book constructs a candidate for such a local Langlands correspondence on the vanishing cycles attached to the bad reduction over the integer ring of K of a certain family of Shimura varieties. And it proves that this is roughly compatible with the global Galois correspondence realized on the cohomology of the same Shimura varieties. The local Langlands conjecture is obtained as a corollary.


Certain techniques developed in this book should extend to more general Shimura varieties, providing new instances of the local Langlands conjecture. Moreover, the geometry of the special fibers is strictly analogous to that of Shimura curves and can be expected to have applications to a variety of questions in number theory.

Michael Harris is Professor of Mathematics at Université Paris 7--Denis Diderot. His research focuses on automorphic forms and representation theory, with a view to applications in number theory and arithmetical algebraic geometry. Richard Taylor is Professor of Mathematics at Harvard University. His main research interest is number theory, particularly the theory of modular forms, automorphic forms, and Galois representations.

"...clearly and carefully written. In sum, it represents an awe-inspiring achievement and is a model of good exposition."—Bulletin of the American Mathematical Society, Volume 40, Number 2