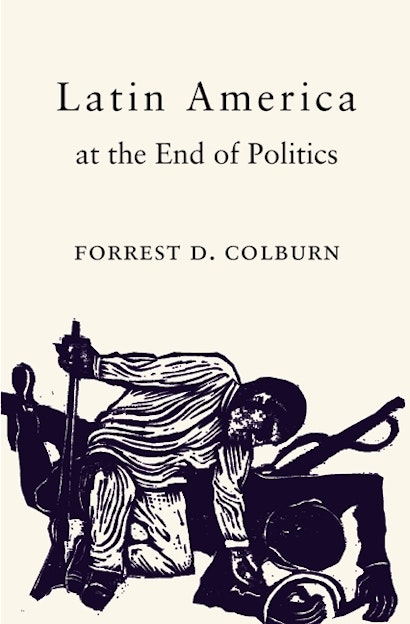 After decades of ideological struggle, much of it in the service of an elusive socialist ideal, Latin America has embraced liberalism — democracy and unfettered markets. But liberalism has triumphed more by default than through exuberance. The region’s democracies are fragile and lethargic. Despite pronounced social inequality, widespread poverty, and other difficulties, the populace is not engaged in deep discussions about state and society. The end of ideological contests has dampened political conflict, but likewise lessened the sense of urgency for solving trenchant problems. Political fatigue and devotion to acquisition have smothered egalitarianism as even an ideal. There is an uneasy social indifference.

Latin America at the End of Politics explores this period of circumscribed political passions through deft portrayals of crucial political, economic, social, and cultural issues: governance, entrepreneurs and markets, urban bias, poverty, the struggle for women’s equality, consumerism, crime, environmental degradation, art, and migration of the poor. Discussions of these issues are enriched by the poignant narratives of emblematic individuals, many of whom are disoriented by the ideological void of the era.


Forrest Colburn’s highly original analysis draws on his deep scholarly and personal familiarity with Latin America. The collage of issues discussed, set in a provocative framework, offers a compelling interpretation of Latin America in the aftermath of the last century’s ideological battles — and a way to begin to talk about the region’s future.

Forrest D. Colburn is the author of, among other works, The Vogue of Revolution in Poor Countries (Princeton).

"The one book on Latin America that is essential reading this year. . . . Skillfully interlacing the big picture with evocative and sympathetic portraits, [Colburn's] book is an elegantly succinct, if depressing, synopsis of the region's condition as it enters a new century."—Kenneth Maxwell, Foreign Affairs

"This is a remarkable (and unconventional) book. It conveys vivid portraits of contemporary Latin America with authenticity and immediacy. Based in large part on first-hand observation, it is insightful, compassionate, and well written."—Peter H. Smith, University of California, San Diego

"This book is brilliant, provocative, highly original, and immensely learned—a series of shafts sunk into contemporary Latin American reality at different angles. Informative and fun to read, it is based on profound learning and extensive human experience in many countries. Writing from the point of view of an informed liberal conscience, but without sentimentality or self-hatred, Colburn maintains just the right balance of scholarly detachment and human engagement. He has something to teach both specialist and beginner."—Mark Falcoff, American Enterprise Institute

"This book encompasses a broad range of issues that must be of concern to anyone interested in the present and future of Latin America. It presents a wealth of direct personal experience and observation with judicious addition of data and interpretations from others. New is the interpretation of events, knitting together many strands of analysis and argument, always linked to real people and places. It is an original and bold book for a social scientist to write. Colburn distances us from romanticized or ideologized views of Latin America, to see clearly and freshly what is going on."—Norman Uphoff, Cornell University