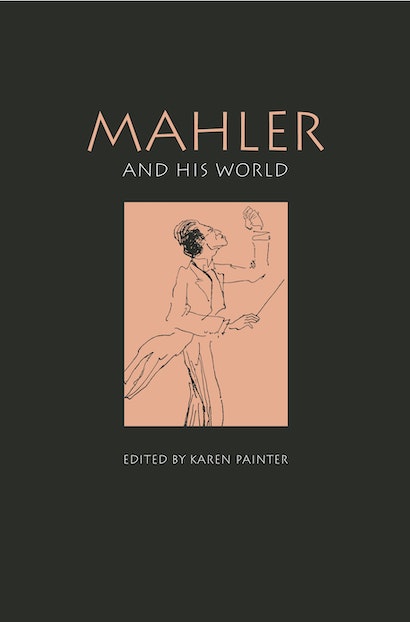 From the composer’s lifetime to the present day, Gustav Mahler’s music has provoked extreme responses from the public and from experts. Poised between the Romantic tradition he radically renewed and the austere modernism whose exponents he inspired, Mahler was a consummate public persona and yet an impassioned artist who withdrew to his lakeside hut where he composed his vast symphonies and intimate song cycles. His advocates have produced countless studies of the composer’s life and work. But they have focused on analysis internal to the compositions, along with their programmatic contexts.


In this volume, musicologists and historians turn outward to examine the broader political, social, and literary changes reflected in Mahler’s music. Peter Franklin takes up questions of gender, Talia Pecker Berio examines the composer’s Jewish identity, and Thomas Peattie, Charles S. Maier, and Karen Painter consider, respectively, contemporary theories of memory, the theatricality of Mahler’s art and fin-de-siècle politics, and the impinging confrontation with mass society. The private world of Gustav Mahler, in his songs and late works, is explored by leading Austrian musicologist Peter Revers and a German counterpart, Camilla Bork, and by the American Mahler expert Stephen Hefling.


Mahler’s symphonies challenged Europeans and Americans to experience music in new ways. Before his decision to move to the United States, the composer knew of the enthusiastic response from America’s urban musical audiences. Mahler and His World reproduces reviews of these early performances for the first time, edited by Zoë Lang. The Mahler controversy that polarized Austrians and Germans also unfolds through a series of documents heretofore unavailable in English, edited by Painter and Bettina Varwig, and the terms of the debate are examined by Leon Botstein in the context of the late-twentieth-century Mahler revival.

Karen Painter is Associate Professor of Music at Harvard University. She is the recipient of a Berlin Prize and a Humboldt fellowship in Berlin.

"The best thing in the [Bard Music] festival could have been enjoyed in the cool quiet of one's study: Ms. Painter's book. . . . The highlight is Mr. Botstein's own essay, a typically virtuosic riff on Theodor W. Adorno's book on Mahler. . . . But the book's other essays—on performance in late-19th-century Central Europe as a political statement on Mahle''s Jewishness, on gender issues and Ms. Painter's own discussion of the mass public gestures in Mahler's big works (especially the 'Symphony of a Thousand) and their connection to socialist cultural policy—are all worth reading. As are the musical analyses and the period reviews."—John Rockwell, The New York Times'

"[A] valuable addition to the Mahler library."—BBC Music Magazine