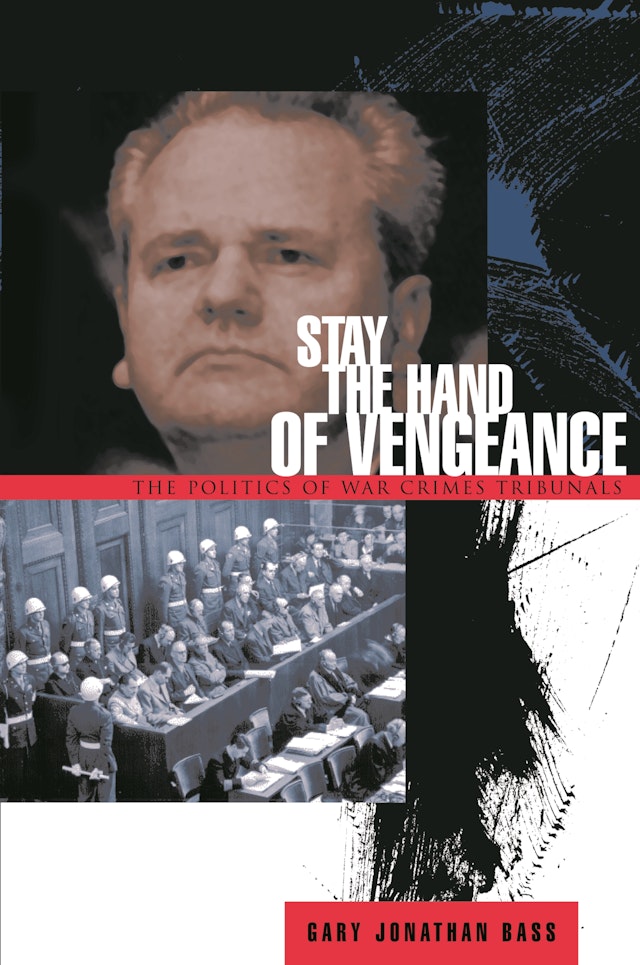 International justice has become a crucial part of the ongoing political debates about the future of shattered societies like Bosnia, Kosovo, Rwanda, Cambodia, and Chile. Why do our governments sometimes display such striking idealism in the face of war crimes and atrocities abroad, and at other times cynically abandon the pursuit of international justice altogether? Why today does justice seem so slow to come for war crimes victims in the Balkans? In this book, Gary Bass offers an unprecedented look at the politics behind international war crimes tribunals, combining analysis with investigative reporting and a broad historical perspective. The Nuremberg trials powerfully demonstrated how effective war crimes tribunals can be. But there have been many other important tribunals that have not been as successful, and which have been largely left out of today’s debates about international justice. This timely book brings them in, using primary documents to examine the aftermath of the Napoleonic Wars, World War I, the Armenian genocide, World War II, and the recent wars in the former Yugoslavia.


Bass explains that bringing war criminals to justice can be a military ordeal, a source of endless legal frustration, as well as a diplomatic nightmare. The book takes readers behind the scenes to see vividly how leaders like David Lloyd George, Winston Churchill, Franklin Roosevelt, and Bill Clinton have wrestled with these agonizing moral dilemmas. The book asks how law and international politics interact, and how power can be made to serve the cause of justice.


Bass brings new archival research to bear on such events as the prosecution of the Armenian genocide, presenting surprising episodes that add to the historical record. His sections on the former Yugoslavia tell — with important new discoveries — the secret story of the politicking behind the prosecution of war crimes in Bosnia, drawing on interviews with senior White House officials, key diplomats, and chief prosecutors at the war crimes tribunal for the former Yugoslavia. Bass concludes that despite the obstacles, legalistic justice for war criminals is nonetheless worth pursuing. His arguments will interest anyone concerned about human rights and the pursuit of idealism in international politics.

Gary Jonathan Bass is Assistant Professor of Politics and International Affairs at Princeton University. He worked as a Washington reporter and West Coast correspondent for The Economist, for which he wrote extensively on the former Yugoslavia war crimes tribunal. Bass has also written for The New York Times, The Washington Post, The New Republic, and other publications.

"Why war-crimes tribunals? In this dense and compelling account, which examines trials from St. Helena to The Hague, Bass, a professor at Princeton, makes a realist's case for idealism and a pessimist's case for perseverance."—The New Yorker

"[C]ompelling. . . . [A] timely and exhaustive survey of how political leaders have wrestled with the problem of war criminals since 1815. . . . Bass . . . argues convincingly that trying war criminals is a better option than its alternative: revenge. . . . [An] important reminder . . . that . . . governments, including our own, must keep step by prosecuting war criminals."—Chuck Sudetic, The New York Times Book Review

"One of the most valuable books to appear about doing justice. . ."—Aryeh Neier, New York Review of Books

"[A]n intriguing tale, and one told with flair by Gary Jonathan Bass. . . . Mr Bass's book could not be better timed. . . . Mr Bass's compelling account of earlier attempts to apply law in the aftermath of armed conflicts offers a useful historical setting for the current debates about a permanent court. . . . [I]nternational legalism, after a century of the failures and false starts recounted so well by Mr Bass, may after all be about to come of age."—David Manasian, The Economist

"[A] major new study of the history of these tribunals. . . . [F]ascinating. . . . [A] masterly study of the international politicking surrounding the war crimes tribunal for the former Yugoslavia. . . . Written with enviable lightness of touch, but fortified with a mass of serious scholarship in the notes, this is a model study of a complex subject. Its . . . argument is dispassionately made, and highly persuasive. A copy of this book should be sent forthwith to Mr Kostunica in Belgrade."—Noel Malcolm, The Sunday Telegraph

"The best work yet on the politics of justice after war. This historically rich, theoretically informed study explores both celebrated and little known chapters in history, from St. Helena to The Hague."—G. John Ikenberry, Foreign Affairs

"[An] impressive book. . . The author, using a wide range of original archive sources and covering some material about which little has been written about in the past, examines in a meticulous, scholarly fashion the approach the victors took towards Napoleon, the kaiser, the Turks after the First World War, and the Nazis."—Mark Allinson, History

"Why do even liberal states demand war crimes tribunals in some situations and not others? What political factors explain why some war criminals are vigorously pursued and prosecuted, while others are largely ignored? These are the kinds of questions that Bass's history seeks to answer."—Booklist

"Employing detailed research and compelling arguments, Bass offers timely and convincing evidence that international war tribunals provide a viable process by which human rights can be upheld throughout the international community."—Kirkus Reviews

"[A]n exhaustive and magisterial survey that chronicles the complexities of such proceedings from Napoleon through Rwanda."—Jesse Berrett, Salon.com

"Combining the investigative skills of the journalist and the scholarship of the political scientist, Bass offers an unprecedented book on the politics of war crimes tribunals . . . This is a timely and compelling book. . ."—Choice

"The book could not be more timely."—David Propson, New York Law Journal

"A comprehensive account of how modern society handles war criminals. . . . As America wrestles with international judicial questions, Bass' account of how the dynamics of tribunals have changed throughout the past two centuries is relevant reading indeed."—Meg Kinnard, NationalJournal.com

"Stay the Hand of Vengeance is a well researched and convincing book. Gary Jonathan Bass argues that war crimes tribunals, though tugged in various directions by the political forces of 'realism' and 'idealism' are in fact best understood not by grand sweeping models of political behavior but by a clear-headed investigation of the conditions under which they arise and proceed."—Joshua Sanborn, Journal of Slavic Military Studies

"This excellent book is a worthwhile acquisition for anyone and any library, but it is an essential one for those concerned with international law, international organization, and war crimes. Bass combines the best of his scholarly political science training with his experience as a former correspondent with The Economist."—Arthur W. Blaser, American Political Science Review

"This study of the politics of war crimes tribunals discovers past cases that almost nobody had examined and covers in a lucid and provocative way more familiar recent examples. It is the best book on the subject, a humane plea for justice as the only alternative to unacceptable oblivion or vengeance, and a worthy addition to the company of brilliant first books."—Stanley Hoffmann, Harvard University