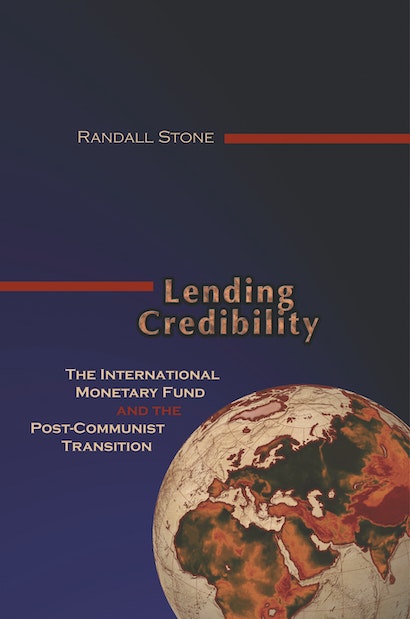 With the end of the Cold War, the International Monetary Fund emerged as the most powerful international institution in history. But how much influence can the IMF exert over fiercely contested issues in domestic politics that affect the lives of millions? In Lending Credibility, Randall Stone develops the first systematic approach to answering this question. Deploying an arsenal of methods from a range of social sciences rarely combined, he mounts a forceful challenge to conventional wisdom. Focusing on the former Soviet bloc, Stone finds that the IMF is neither as powerful as some critics fear, nor as weak as others believe, but that the answer hinges on the complex factor of how much credibility it can muster from country to country.


Stone begins by building a formal, game-theoretic model of lending credibility, which he then subjects to sophisticated quantitative testing on original data from twenty-six countries over the 1990s. Next come detailed, interview-based case studies on negotiations between the IMF and Russia, Ukraine, Poland, and Bulgaria. Stone asserts that the IMF has exerted startling influence over economic policy in smaller countries, such as Poland and Bulgaria. However, where U.S. foreign policy interests come more heavily into play, as in Russia, the IMF cannot credibly commit to enforcing the loans-for-policy contract. This erodes its ability to facilitate enduring market reforms. Stone’s context is the postcommunist transition in Europe and Asia, but his findings carry implications for IMF activities the world over.

Randall W. Stone is Associate Professor of Political Science at the University of Rochester. He is the author of Satellites and Commissars (Princeton).

"An excellent book containing objective and largely convincing analysis that is accessible to a large audience."—Michael V. Alexeev, The Russian Review

"The research underlying this book is excellent. Its combination of formal modeling, econometrics, and case studies based heavily on primary sources is truly impressive and makes a very important contribution to the field."—Graham Bird, University of Surrey