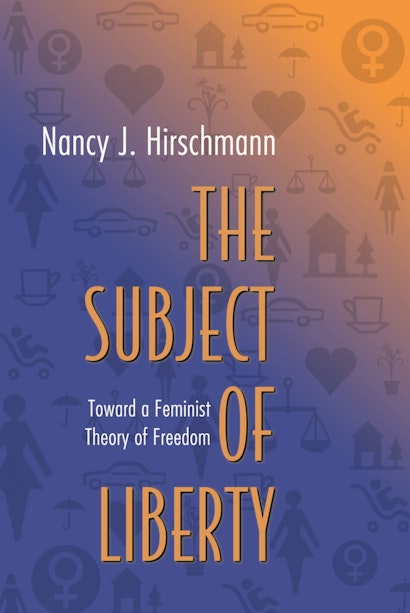 This book reconsiders the dominant Western understandings of freedom through the lens of women’s real-life experiences of domestic violence, welfare, and Islamic veiling. Nancy Hirschmann argues that the typical approach to freedom found in political philosophy severely reduces the concept’s complexity, which is more fully revealed by taking such practical issues into account.


Hirschmann begins by arguing that the dominant Western understanding of freedom does not provide a conceptual vocabulary for accurately characterizing women’s experiences. Often, free choice is assumed when women are in fact coerced — as when a battered woman who stays with her abuser out of fear or economic necessity is said to make this choice because it must not be so bad — and coercion is assumed when free choices are made — such as when Westerners assume that all veiled women are oppressed, even though many Islamic women view veiling as an important symbol of cultural identity.


Understanding the contexts in which choices arise and are made is central to understanding that freedom is socially constructed through systems of power such as patriarchy, capitalism, and race privilege. Social norms, practices, and language set the conditions within which choices are made, determine what options are available, and shape our individual subjectivity, desires, and self-understandings. Attending to the ways in which contexts construct us as “subjects” of liberty, Hirschmann argues, provides a firmer empirical and theoretical footing for understanding what freedom means and entails politically, intellectually, and socially.

"[An] extremely well argued piece of work. . . . [V]ery important, not just to feminist theory but to an understanding of the theory and practice of freedom in general."—Marion Smiley, Perspectives on Politics

"Freedom theorists, whether feminist or not, should study this importan book. . . . With its practical applications, this is feminist theory at its best."—Choice

"This is an impressively rich work, full of careful, closely argued encounters with philosophers and feminists from a variety of 'schools,' and well worth reading from a number of perspectives. . . . [T]his book presents an articulate and well-informed, synoptic view of the broad problem of freedom, autonomy, and choice, and moves us firmly in the right direction."—Robert Switzer, H-Net Reviews

"Nancy Hirschmann has written an impressive and important book. It constitutes a significant contribution to feminist theory, political philosophy, and discussions of social construction. . . . [T]his is a powerful book."—Hypatia