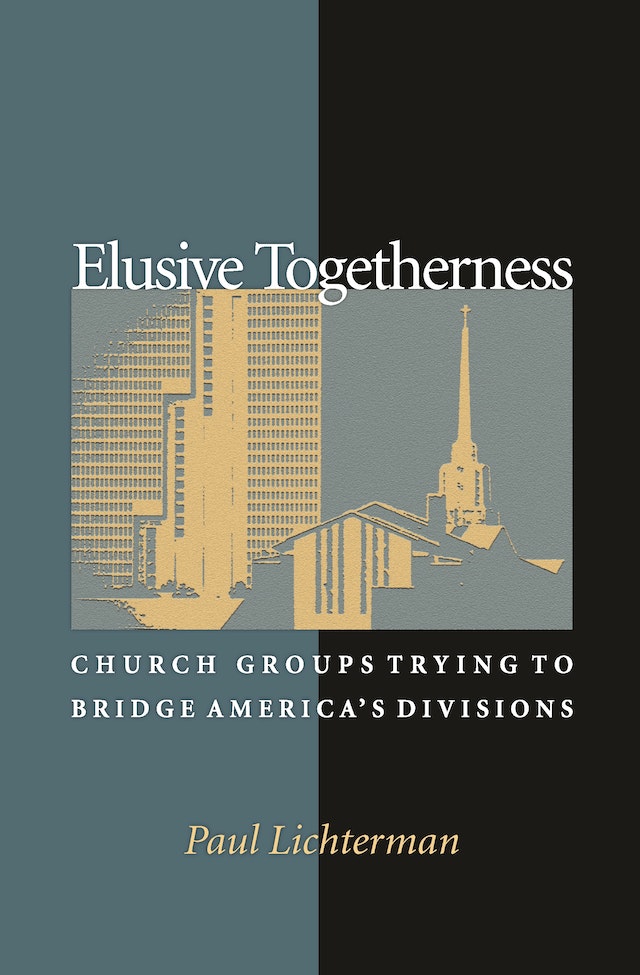 Many scholars and citizens alike have counted on civic groups to create broad ties that bind society. Some hope that faith-based civic groups will spread their reach as government retreats. Yet few studies ask how, if at all, civic groups reach out to their wider community. Can religious groups — long central in civic America — create broad, empowering social ties in an unequal, diverse society?


Over three years, Paul Lichterman studied nine liberal and conservative Protestant-based volunteering and advocacy projects in a mid-sized American city. He listened as these groups tried to create bridges with other community groups, social service agencies, and low-income people, just as the 1996 welfare reforms were taking effect. Counter to long-standing arguments, Lichterman discovered that powerful customs of interaction inside the groups often stunted external ties and even shaped religion’s impact on the groups. Comparing groups, he found that successful bridges outward depend on group customs which invite reflective, critical discussion about a group’s place amid surrounding groups and institutions.

"This theory-driven ethnographic study demonstrates that there are different sets of cultural customs that enable and constrain what people do in faith-based civic groups, and that cultural discourses do not create meaning all by themselves, but are filtered through the style of the group using the discourse. A valuable addition to the fields of religion and community development."—Choice

"In this detailed analysis of actual interaction in Protestant church groups, Paul Lichterman gives us reason to rethink conventional notions of social capital and the place of religion in civic life. . . . This book is a thorough, insightful ethnography."—Katherine Cramer Walsh, Political Science Quarterly

"As he has in his previous work, Paul Lichterman combines an acute sensitivity to theoretical issues with exceptionally rich ethnographic research to shed new light on what it means for groups to play a responsible and representative role in their communities. This will be the gold standard against which other studies of religion and community engagement are measured."—Robert Wuthnow, Princeton University, author of Saving America?