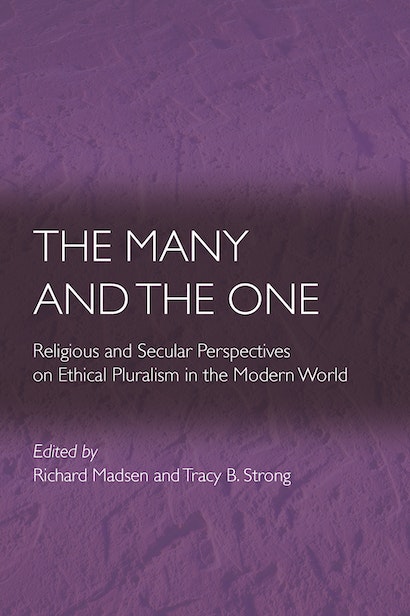 The war on terrorism, say America’s leaders, is a war of Good versus Evil. But in the minds of the perpetrators, the September 11 attacks on New York and Washington were presumably justified as ethically good acts against American evil. Is such polarization leading to a violent “clash of civilizations” or can differences between ethical systems be reconciled through rational dialogue? This book provides an extraordinary resource for thinking clearly about the diverse ways in which humans see good and evil. In nine essays and responses, leading thinkers ask how ethical pluralism can be understood by classical liberalism, liberal-egalitarianism, critical theory, feminism, natural law, Confucianism, Islam, Judaism, and Christianity.


Each essay addresses five questions: Is the ideal society ethically uniform or diverse? Should the state protect, ban, or otherwise intervene in ethically based differences? How should disagreements on the rights and duties of citizens be dealt with? Should the state regulate life-and-death decisions such as euthanasia? To what extent should conflicting views on sexual relationships be accommodated? This book shows that contentious questions can be discussed with both incisiveness and civility. The editors provide the introduction and Donald Moon, the conclusion. The contributors are Brian Barry, Joseph Boyle, Simone Chambers, Joseph Chan, Christine Di Stefano, Dale F. Eickelman, Menachem Fisch, William Galston, John Haldane, Chandran Kukathas, David Little, Muhammad Khalid Masud, Carole Pateman, William F. Scheuerman, Adam B. Seligman, James W. Skillen, James Tully, and Lee H. Yearley.

Richard Madsen is Professor of Sociology at the University of California, San Diego. He is the author or coauthor of ten books, including Morality and Power in a Chinese Village. Tracy B. Strong is Professor of Political Science at the University of California, San Diego, and former Editor of Political Theory. He has published seven books, among them Friedrich Nietzsche and the Politics of Transformation.

"The overall product is a collection of viewpoints that, thanks to each writer's care in defining their terms and steering clear of jargon, is accessible to the beginning scholar. . . . [T]he choice of controversies that are both enduring and ethically troubling means that the interest of all readers will be held throughout the book."—Bruce F. Nesmith, Perspectives on Political Science

"This thoughtful, lively book will animate and advance a debate of great value to us as citizens as well as scholars. Can we grasp the moral order of the world we inhabit—and its conflicts and disorder, too—in terms of coherent ethical traditions, lawful visions, and modes of reasoning? In doing so, can we critically embrace the different laws and ways of knowing institutionalized in the separate spheres of modern social life, and the contrary traditions, sacred and secular, of a multicultural world both expanded and shrunk by its global interdependence? These engaging essays shed new light on how to shape and wrestle with such questions across the usual boundaries of moral and social philosophy, religious ethics, and the social sciences."—Steven Tipton, Emory University, author of Getting Saved from the Sixties

"I'm glad I read this book (and took some useful notes). I learned a great deal and so, I suspect, will other readers in such areas as ethics and political philosophy."—John Coleman, Loyola Marymount University, author of Religion and Nationalism