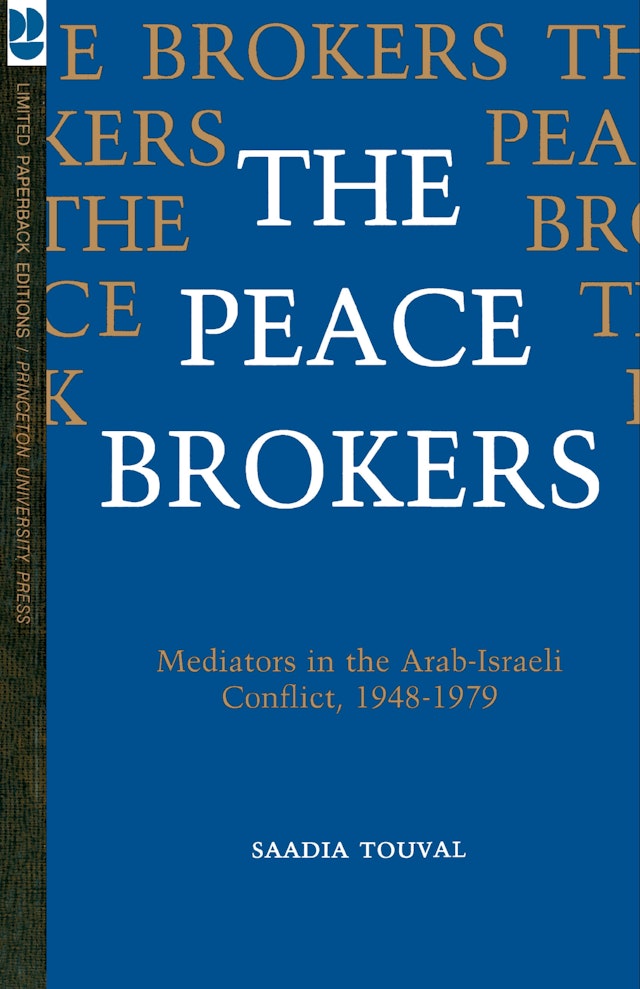 From Israel’s establishment as a state to the Egyptian-Israeli peace treaty, this work analyzes the role of third-party mediators of the Arab-Israeli dispute. What interests prompted the mediators to undertake their efforts? What effect did their intervention have on regional and global power struggles? Did the mediators actually make any difference? In a thorough treatment of the struggle for a negotiated peace, Saadia Touval answers these questions and tests his answers against the existing theories of international relations. Including a discussion of both United States and United Nations attempts at mediation, and providing a detailed picture of American-Israeli relations, he maintains that successful mediators do not have to be impartial.

Drawing on official documents, memoirs, and other sources, this book discusses the mediation efforts of Count Folke Bernadotte; Ralph Bunche; the United Nations Palestine Conciliation Commission; President Eisenhower’s emissary, Robert Anderson; Gunnar Jarring; the 1971 mission of the African heads of state; and Secretaries of State William Rogers and Henry Kissinger. Finally the author analyzes President Jimmy Carter’s mediation, which led to the Camp David accords and the signing of the Egyptian-Israeli peace treaty.

Since 1948 various powers have sought to protect their own interests by active assistance to one party or another in the Arab-Israeli struggle. This book shows how those countries and institutions that have attempted to mediate the conflict have also acted out of self-interest.

Saadia Touval (1932-2008) was a professor at Tel Aviv University for almost twenty years and author of Somali Nationalism and The Boundary Politics of Independent Africa.