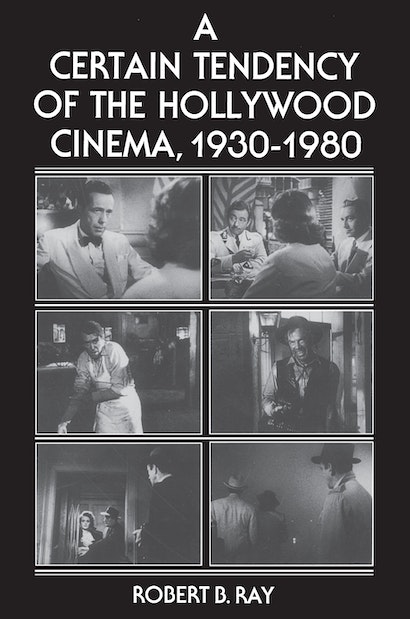 Robert B. Ray examines the ideology of the most enduringly popular cinema in the world — the Hollywood movie. Aided by 364 frame enlargements, he describes the development of that historically overdetermined form, giving close readings of five typical instances: Casablanca, It’s a Wonderful Life, The Man Who Shot Liberty Valance, The Godfather, and Taxi Driver. Like the heroes of these movies, American filmmaking has avoided commitment, in both plot and technique. Instead of choosing left or right, avant-garde or tradition, American cinema tries to have it both ways.

Although Hollywood’s commercial success has led the world audience to equate the American cinema with film itself, Hollywood filmmaking is a particular strategy designed to respond to specific historical situations. As an art restricted in theoretical scope but rich in individual variations, the American cinema poses the most interesting question of popular culture: Do dissident forms have any chance of remaining free of a mass medium seeking to co-opt them?

"One of the most ambitious, scholarly, and readable textson Hollywood I have seen."—James Naremore, Indiana University