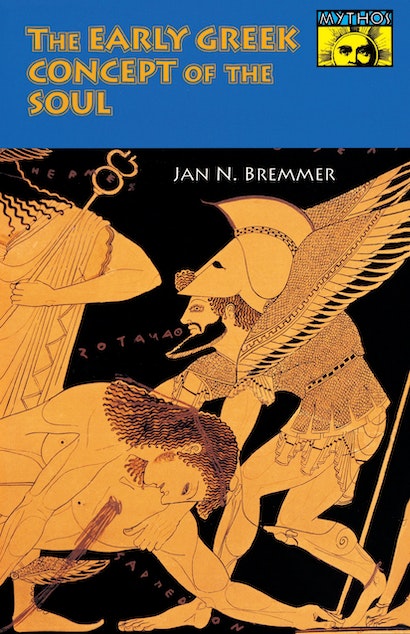 Jan Bremmer presents a provocative picture of the historical development of beliefs regarding the soul in ancient Greece. He argues that before Homer the Greeks distinguished between two types of soul, both identified with the individual: the free soul, which possessed no psychological attributes and was active only outside the body, as in dreams, swoons, and the afterlife; and the body soul, which endowed a person with life and consciousness. Gradually this concept of two kinds of souls was replaced by the idea of a single soul. In exploring Greek ideas of human souls as well as those of plants and animals, Bremmer illuminates an important stage in the genesis of the Greek mind.

Jan N. Bremmer is Professor of the History of Religion at the Rijksuniversiteit, Groningen, Holland.

"Since Erwin Rohde published Psyche in 1893, the theme of the soul and its relation to life before and after the death of the body has interested scholars of ancient Greek religion. Jan Bremmer's contribution to the discussion is likely to become definitive, for its conclusions as well as its procedures. . . . For such a brief book it is unusually clear and comprehensive in its treatment and thorough in its examination of primary sources. It extracts Greek materials from the hands of specialists to situate them in the broad context of humanistic study."—Larry J. Alderink, Journal of the History of Religions